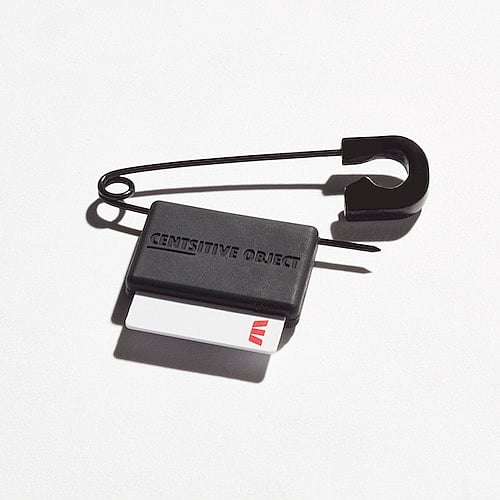 Would you wear a shirt with your debit card hidden inside the sleeve?

Westpac has announced the launch of Censitive Objects; a designer range of “wearable accessories” that allows Aussies to tap-and-go with their everyday fashion.

Research from Westpac found that over half (57 per cent) of Australians use debit cards as their main payment method, and 41 per cent do so at least once a day. With the decreasing popularity of cash as the main payment method for Aussies, it makes sense that the humble debit card should become even more convenient through wearable payment accessories.

The new designer range will include:

Hayden Cox’s five designer objects include an iron-on patch that can be “hidden on clothing or accessories”, and a two-in-one keychain made from recyclable materials “that can also be worn as a waterproof wristband.”

You can attach the secured pouches to different clothing, such as a shirt sleeve, gym towel, hat or even a set of keys.

While developing this range, Designer Hayden Cox said he wanted to “create something that was relevant and multi-functional that supports the Australian way of life, as well as a diverse range of tastes and preferences.

“It was really important for the range to blend seamlessly into different daily routines – resulting in a collection of clean-line, modern and versatile designs,” said Mr Cox.

The Centsitive Objects wearable payment accessories will cost customers between $20 and $30.