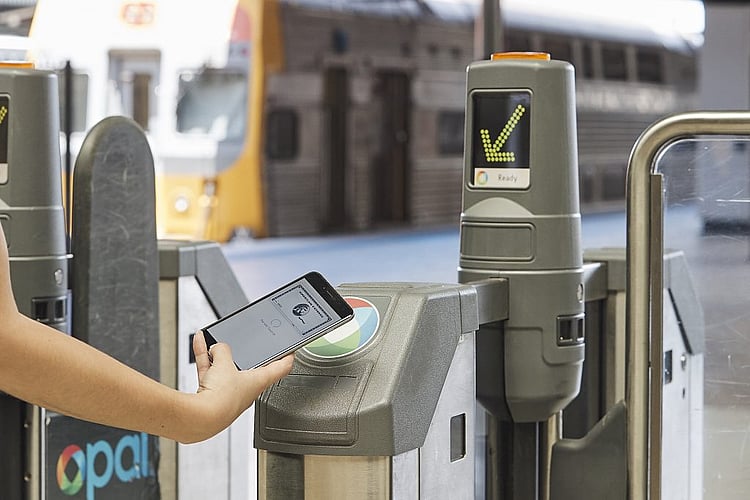 Your morning commute might have just been made a little less painful, with Sydney commuters now able to use their credit card or mobile devices to ‘tap on and off’ all metro train services.

The announcement made Monday confirmed the extension of the service that had already been available on public ferry and light rail services as of March 2018. To date, more than 235,000 trips have been made using the contactless payments option.

Visa, Mastercard and AMEX cards are all accepted and the standard daily, weekly and Sunday travel caps will apply in line with Opal caps. However, weekly travel discounts, concessions and the transfer discount will not be available.

This move comes thanks to an extension of the contactless transport payments trial run by Transport for NSW in partnership with the Commonwealth Bank, Cubic and Mastercard.

CBA’s Business Customer Solutions Executive General Manager, Clive Van Horen, said, “nearly all of an individual’s daily transactions across the city can now be accessed with a single card or device.”

“This is in direct response to a growing demand for contactless payments, and the use of digital wallets.

“Cities and public transport authorities across Australia are realising the value this payments technology can deliver for both customers and transport providers alike.

It demonstrates the future capability for commuters across the states and territories, and will ultimately make commuting across the country, and across transport networks, a simpler and easier day-to-day process,” Mr Van Horen said.

The future of contactless payments

“In Australia, tapping your phone, card or wearable has become synonymous with paying,” he said.

“In fact, 94 per cent of Visa’s face-to-face transactions in Australia are contactless, and we’re seeing more people frequently using their mobiles to pay, particularly for daily purchases such as transport.

Robert Tedesco, Vice President Loyalty & Partnerships, American Express said, “our ongoing investment in digital capabilities and our merchant network is enabling card members to easily use their Amex card or mobile wallet in more places than ever before.”

“Commuters with American Express cards now have the option to use their contactless card, mobile wallet or wearable to tap and pay for their train, ferry or light rail fares – providing them with a fast and convenient way to get around.”

Aussies abandoning cash and cheques for cards and tech