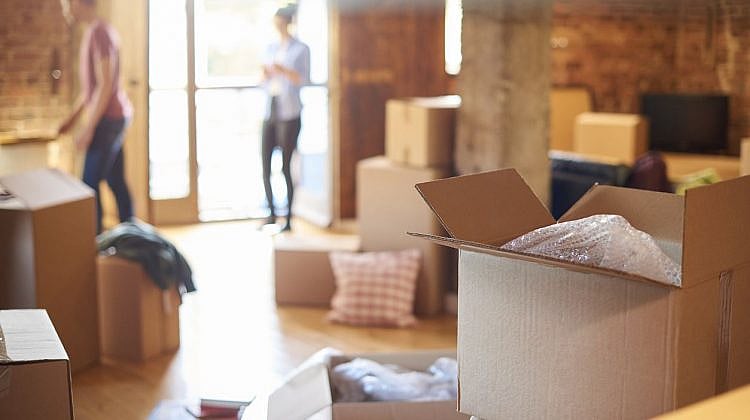 New research has found that many Australian home buyers aren’t considering the costs of moving house, which often turn out to be much higher than initially anticipated.

According to the ING Cost of Moving Home Report, 50% of Aussie home buyers do not budget for costs associated with moving, while 48% said they spend over their estimated budget.

The research found the average cost of moving home to be $1618, based on 1.6 million households moving in the last 3 years, and including the cost of packaging, removalists, cleaning and reconnecting utilities. Across Australia, this equates to approximately $863 million a year.

It’s not just the cost of moving that makes an impact on the Australian economy. The report found that 3.24 million working days are lost each year from homebuyers taking time off to move house. Approximately 59% of home buyers said they took time off to move, with 3.5 days of leave being the average.

The report also found that 53% of respondents were frustrated by the extra costs associated with moving home. Other frustrations included:

Hiring removalists was found to be one of the highest costs involved in moving house, with home buyers choosing to handle their own move spending almost $1000 less than those who hired removalists.

The ING report found that one of the simplest ways to offset these moving costs is to refinance a home loan, with Australians who switched their loans over the past 2 years making an average saving of $1073 per household per year.

The ING Cost of Moving Home Report was based on September 2017 findings from Galaxy Research, which conducted an online permission-based panel of household financial decision makers, who owned their home, and who had moved home within the previous three years. The sample was 602 Australians aged 18-64 years, distributed across Australia.

How to build a home loan wishlist