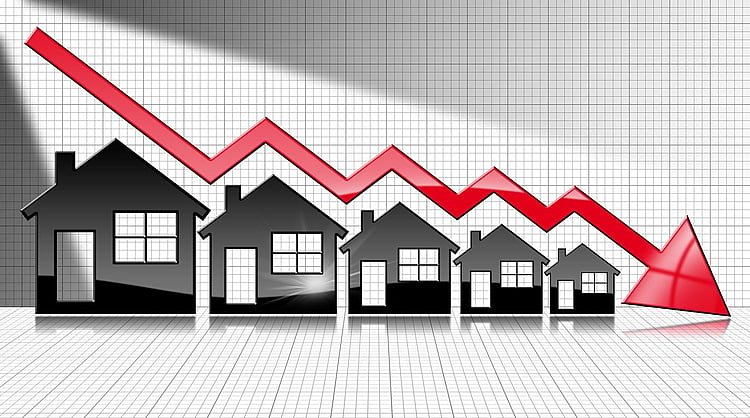 With tight access to mortgage credit already limiting the number of active buyers and investors in the Australian housing market, a CoreLogic report showing national dwelling values declining for the eleventh consecutive month may not bode well for this spring’s selling conditions.

The -0.3% change in national dwelling values in August recorded in CoreLogic’s National Home Value Index follows a -1.1% fall over the past quarter and a -2.0% annual fall, following a dwelling value peak in September last year.

Dwelling values were found to have declined in five of the eight capital cities over the past month, with increases being recorded in Adelaide (+0.3%), Darwin (+0.1%) and Canberra (+0.5%). The combined capital cities recorded a decline of -0.4% over the month, -1.2% over the quarter, and -2.9% over the year.

According to CoreLogic, the recent declines in dwelling values can be predominantly attributed to falls in Australia’s premium housing markets, such as the most expensive quartile of properties in Sydney and Melbourne, which saw annual declines of -8.1% and -5.2% respectively.

At the other end of the spectrum, the least expensive quartile of properties across the combined capitals recorded a +0.6% rise in dwelling values over the past 12 months, which CoreLogic head of research, Tim Lawless, partially attributed to less risky mortgage credit policies:

“Stronger market conditions across Australia’s more affordable areas are likely attributable to a rise of first home buyers in the market as well as changing credit policies focused on reducing exposure to high debt-to-income ratios.

“In the higher value cities like Sydney and Melbourne, we’re seeing typical dwelling prices remain more than 8 times higher than median household incomes, suggesting tighter credit conditions for borrowers with a high debt-to-income ratio will likely impact on demand more in these cities over others.”

What does this mean for borrowers and investors?

According to Mr Lawless, said that there are several factors currently in play that could lead to a challenging Spring selling season in Australia’s property market this year:

“Weaker housing market conditions can be tied back to a variety of factors, foremost of which is the tighter credit environment which has slowed market activity, especially amongst investors.

Fewer active buyers has led to higher inventory levels and reduced competition in the market.

Collectively, these factors have been compounded by affordability challenges, reduced foreign investment and a rise in housing supply.”

Other “wild card” factors that could affect Australia’s housing markets include political uncertainty ahead of the next federal election and the upheaval that may follow, and increases to variable mortgages rates from some of the nation’s largest banks potentially shaking buyer confidence, especially if other lenders follow these leaders.

Suncorp goes it again in the Westpac aftermath