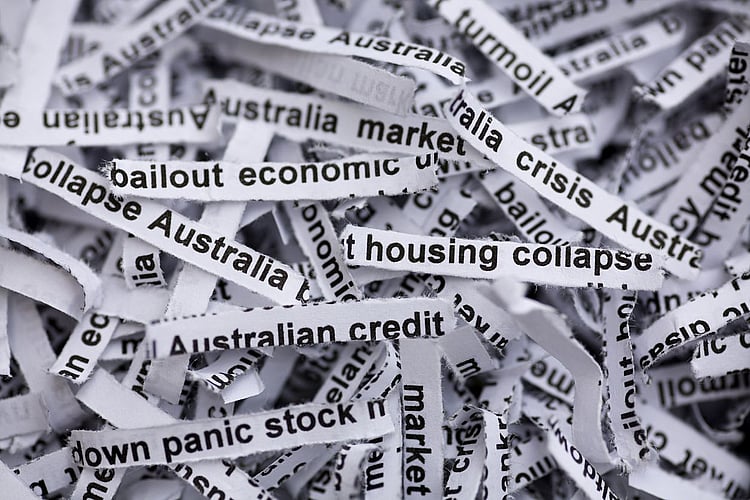 Australia’s property market may be in a similar position to that of the United States prior to the 2008 Global Financial Crisis (GFC), according to one NSW economist.

Professor of Economics at UNSW Business School, Richard Holden, said in an article that Australia may be experiencing the same kind of imprudent borrowing and lending that the USA experienced prior to the GFC.

According to Professor Holden, these warning signs include:

According to Professor Holden, major Australian banks are willing to lend approximately 25% more for the same income level compared to major US banks. This could risk borrowers being unable to comfortably afford their loan repayments if rates rise and/or wages growth remains stagnant.

Aussies up to their eyeballs in debt?

Too much interest-only lending

Approximately one third of Australian home loans (35.35%) are understood to be interest only at the end of 2017, having fallen from above 40% due to recent regulatory changes from the Australian Prudential Regulation Authority (APRA). Borrowers on these loans could risk mortgage stress when the interest-only period expires and the loan reverts to principal-and-interest repayments that they can’t easily afford.

More borrowers believed to be using inaccurate information about their income, assets and expenses to borrow more money than they’d likely be otherwise approved for, according to a UBS survey of 907 Australians from late 2017, cited by Professor Holden. This practice could risk Aussies overextending themselves to the point where they’d be unable to afford their repayments if conditions were to change.

Borrowers can take out loans with deposits as small as 5%, provided they can also afford the cost of Lenders Mortgage Insurance (LMI). However, this small amount of equity may not always be “true” equity, with Professor Holden suggesting that “the leading use of unsecured personal loans is for a mortgage deposit.”

According to Professor Holden, Aussies engaging in risky borrowing are being “aided and abetted” by some mortgage brokers, who are incentivised to write larger loans due to the commissions being paid to them by lenders.

“Bubble or no bubble, we seem to be blithely repeating the US housing-market experience in almost every respect. People borrow too much and banks let them; there is moral hazard and fraud in mortgage issuances; regulators finally do something – very little and very late.” – Professor Richard Holden

But it’s not all bad news, according to Professor Holden – with macro-prudential regulation starting to take effect, and underwriting standards starting to improve, it’s possible that Australia could avoid repeating this chapter of history.