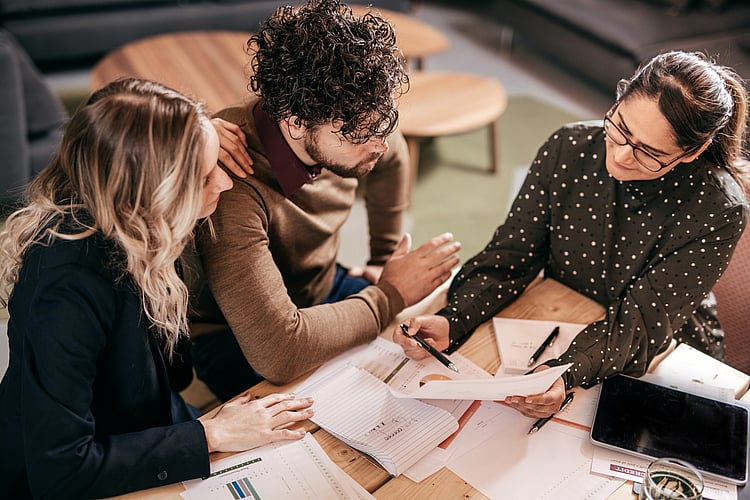 Lenders want consumers to be more accountable for the debts they disclose when applying for a home loan, a Deloitte report showed.

At least 36 per cent of a home loan applicant’s debt are not reported when making an application, according to group managing director of consumer credit reporting agency Equifax Australia and New Zealand Lisa Nelson, cited in Deloitte’s Australia Mortgage Report 2020.

The report also quoted Resimac’s general manager of distribution Daniel Carde, who said the company records phone calls with consumers when resolving complaints. They found that what was disclosed initially “often doesn’t match up with what they may be claiming today”.

“While lenders and brokers certainly need to have all the systems in place to ensure validation and verification of consumer information, there is an onus on customers to be honest and transparent in their declarations,” he said.

Financial literacy was another issue affecting home loan applications, with many borrowers failing to keep track of their expenses and debts.

“Not being fully aware of all of one’s credit cards is understandable. Not disclosing all outstanding debts is more difficult to comprehend,” ANZ’s general manager of home loans John Campbell said.

The discussion follows a 2019 survey by UBS, which found that 37 per cent of borrowers admitted their mortgage applications were not “completely factual and accurate”. This is up from 32 per cent in 2018.

One in five of those who acknowledged their application was not factual had overstated their earnings. Eleven per cent of applicants reported they had a higher income (about 35 per cent higher) and a third exaggerated their earnings by up to 24 per cent.

Almost a quarter had played down their debts and 34 per cent reported lower living expenses. More than 20 per cent admitted to being untruthful in more than one of their responses.

Meanwhile, there were 10,414 new delinquencies nationally in 2019, according to Genworth, a lenders’ mortgage insurance provider.

What is a delinquency?

A delinquency is when a borrower misses a loan repayment. This differs from a default, which refers to a situation where the borrower continues to be delinquent for a set period of time. How long the delinquency period needs to be before it is classified as a default depends on the lender and the loan type.

Delinquency rates jumped the most in Queensland and NSW in 2019, where it increased by five basis points and four basis points respectively.

What happens if I lie on my loan application?

Graham Doessel, chief executive officer of consumer and financial law firm MyCRA Lawyers, said if you have already stretched the truth in some way on your loan application, it was important not to fall behind in your repayments and not to refinance.

But he said the consequences of fudging income and expenses are serious for borrowers.

“It is fraud, and fraud is a serious crime in Australia punishable by jail,” Mr Doessel said.

“Even if you don’t get a 10-year stretch, being convicted of a fraud offence is a real pain in the backside.”

Mr Doessel said having a good deposit and a positive credit history is the easiest way for most people to improve their chances of being approved for any loan.