Noosa up, Brisbane down in Queensland home pricing 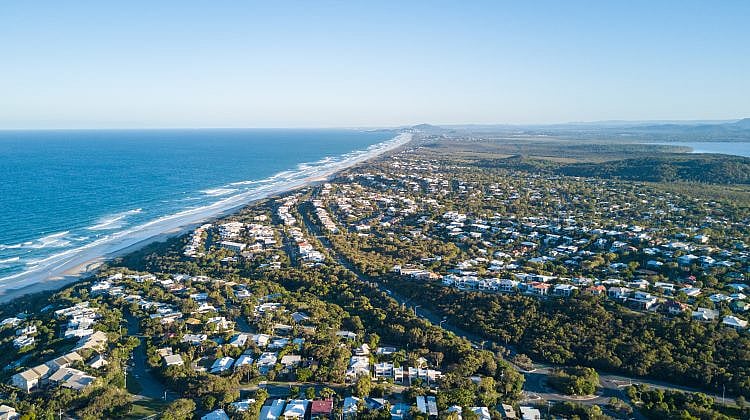 It’s not all doom and gloom for Australian home prices, with select parts of Queensland reporting growth in median house prices.

Parts of the country may well be experiencing falling property prices, but if you’re looking to sell in Queensland, you may just escape some of the fear, as parts of the state report improvements in house and unit prices.

The report comes courtesy of the REIQ Queensland Market Monitor released this week, which says house prices in Noosa have grown 6.9 per cent in the past 12 months to June, while unit prices have grown 10.2 per cent.

REIQ reports that Noosa’s annual median house price has leapt to $695,000, higher than the median home prices of Brisbane ($673,000) and the Gold Coast ($622,031). Noosa’s improvements weren’t alone, however, as Brisbane reportedly delivered growth, something that was forecast by CoreLogic earlier in the year.

While Noosa currently holds the top spot for Queenslanders looking to sell, REIQ has reported that the Sunshine Coast region also delivered strong results, with median prices growing 6.5 per cent to $575,000.

Much cheaper than sydney and melbourne…

Hobart is Australia’s most affordable capital

“There is limited housing supply being added to Noosa and competition is obviously driving price growth,” she said.

In the apartment world, the Gold Coast reportedly reigns supreme in Queensland, with over 10,000 units sold in the year to June this year, with positive growth also found in this market, as well.

But while the Gold Coast is showing marked improvements, Brisbane’s apartment market has eased, with REIQ suggesting this comes back to “oversupply”.

“We are seeing parts of Brisbane still coping with some apartment oversupply,” said Ms Mercorella. “But we know that the population growth to the southeast corner is strong and as major transformative projects such as Queen’s Wharf begin to take shape, we are confident excess apartment supply will be absorbed.”

As variable home loan rates begin to change for many Australians, this eased apartment pricing could positively impact buyers looking to cash in on the apartment oversupply, especially amidst rate hikes.

When are Australia’s property prices expected to go up?