Not so fast: Why the RBA may not cut rates 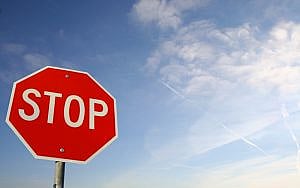 With Sportsbet.com.au paying only $1.45 for a cut, and $2.60 for no change, you may say the smart money is on an RBA cut for tomorrow.

But with the market only pricing in a 64 per cent chance of a rate change, it’s far from a sure thing. There are likely a few questions in Glenn Steven’s mind ahead of one of his last meetings as RBA chief.

Australia’s two biggest cities have very high house prices. Exorbitantly high in some areas of Sydney, with prices up another 9 per cent in the year to July 31. That’s around 80 per cent growth since the slight breather they took during the GFC. Most of the growth was in the last few years.

On the other hand, there’s Perth down 5.61 per cent and Darwin down nearly 8 per cent. Hobart is only up 2.3 per cent in the seven and a half years since the GFC. Even with today’s abysmally low term deposit rates, you’re still able to get that return in a year, government guaranteed. Australia’s housing market is a mixed bag, but one thing is for sure – in the absence of other factors, RBA cuts encourage people to borrow more, and this drives up prices.

The saving grace here is thanks to the RBA’s mates over at APRA, the banks are already reining in investor and low deposit lending, which are the two hot topics as far as house prices go. If you live in your property and have more than 20% equity, based on current deals in market 98.67% of the last 3 RBA cuts have been passed on to you (if your lender didn’t – time to look elsewhere!).

In contrast, if you’re an investor with only 5 per cent equity, you will have missed out on 44 per cent of those cuts, by way of lenders starting to charge more for investors and people with low deposits. We’ve seen the emergence of the ‘Ideal Borrower’, and they’re getting rates 0.33 per cent lower on average than less than ideal borrowers. The banks have been doing this over the past year as a result of stern warnings from APRA about shoring up their balance sheets and limiting their growth in investor lending to 10 per cent at most. They do this by charging more for the less than ideal borrowers, and offering extra hot rates to their ideal borrower.

2. Knowledge the cuts are losing their punch

We’re at historic low rates already… for Australia. Many similar countries (think Europe and Japan), are at zero or negative official interest rates.

The RBA is lucky enough to have witnessed countless other economies on their journey to zero. They’ve got there for a reason – low rates are one of the main tools available to central banks when they are looking to grow their economies.

The idea is that with lower rates, two main things happen for consumers. Firstly, you’re getting less in return for keeping your money in the bank, so you have an incentive to spend it or invest it elsewhere in the economy.

Secondly, and this is a big factor for our property-obsessed economy and variable rate normal home loans, with lower rates, people pay less on their mortgage and have more money to spend elsewhere. Or you can put in back into your home loan to pay it down much quicker. Either way, the more spare cash / less debt situation is aimed to get you spending more, sooner.

The problem for the RBA here is that each extra cut has a little less impact on the economy, and as they approach zero, there’s less of them in the tank for future use.

The RBA has been slowly trimming rates for a long time now, and consumers have learned that this is generally the sign of a weak economy, be it local or global. We saw a double cut of -0.50 per cent in May 2012 and multiple full 1.00 per cent cuts when the GFC was peaking back in late 2008 / early 2009.

With a current RBA rate of 1.75 per cent, they know they have to use each cut increasingly wisely. This adds up to a growing hesitation to cut in any given month, and this applies to the August meeting as much as any.

What does this mean for borrowers?

Regardless of what the RBA decides to do, there’s some lessons in there for borrowers, and potential borrowers.

Firstly, when searching for property and weighing up whether to take on a new home loan, make sure you have a close look at what the market you’re buying into has been doing, to help work out what it’s going to do in your first few critical years of a home loan – where debt is high and only a small portion of your repayments go towards paying down that debt (most will go towards covering the interest).

Secondly, if you’re an ‘ideal borrower’ (remember: living in the property, with 20% or more equity), you’re hot property for lenders so make sure you’re getting a good deal – look for under 4 per cent even before any more RBA cut.

Finally, gone are the days you need to wait for the RBA to give yourself a rate cut. There’s over 100 lenders out there and they set rates based on a range of factors, the RBA is only one of these. Lenders are actively on the hunt for new customers, offering extra low rates to get you in the door.

At very least, compare what rates are available, arm yourself with the right info and get on the phone to your lender. It could be a very valuable phone call, and be ready to switch if you don’t think you’re being looked after.

If you’re on an average rate, switching to one of the lowest rates on the market will give you 3 RBA cuts or more all in one go, and that’s before Tuesday’s meeting even starts.