Lower rates and fintech: how online lenders have transformed the home loan market in the last decade 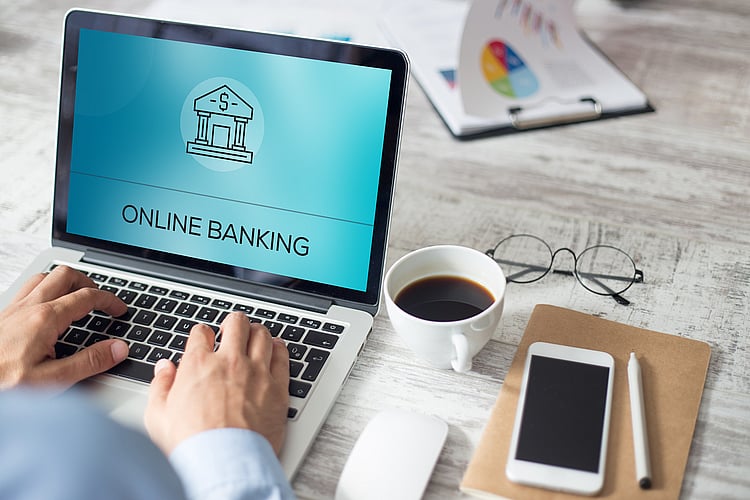 It’s been a long time since the traditional big bank was Australia’s only option for home loan providers. Online lenders have been carving their own path in the industry for many years now, offering some of the most competitive interest rates and fees on the market comparatively.

RateCity sat down with Marie Mortimer, Managing Director of loans.com.au, one of Australia's first and largest online lenders, to discuss how the home loan market and online lenders have changed in honour of its 10 years in business.

But first… a history lesson

One of the few women in a leading role in the financial industry, Marie Mortimer grew loans.com.au into a company with $6 billion worth of home and car loans on the books.

She envisioned a website that could connect retail customers directly to wholesale home loan funders. For Ms Mortimer, this was a unique space to step into and automate, as no one else was offering a full, end-to-end home loan application linked directly to a credit system.

“To be honest we started from the ground up. We found from the beginning Australians were more than ready to buy their home loans online. Since then, our business has grown rapidly,” said Ms Mortimer.

“loans.com.au was built for retail customers to get access to what used to only be a wholesale funder of home loans.”

“At our company, everything from application to credit assessment, to settlement and beyond had been developed in housing using our own proprietary technology.”

“We were also offering the lowest interest rates in the country because we didn’t have bricks and mortar branches – we used technology to enable the customer and the savings were passed directly along to them,” said Ms Mortimer.

Passing on savings to the customer

The average online lender rate for this loan type sits at 2.36 per cent, whereas the average big four bank rate is over a percentage higher at 3.55 per cent. And there’s a reason that online lenders can offer lower interest rates on average to customers.

“Online lenders don’t have the overheads that the larger banks have,” explained Ms Mortimer.

“We have to be smarter about our technology choices, as it not only enables our customers, but it also enables our people to make quick decisions. We use technology to keep our overheads down as we don’t have the big budgets of the major banks."

“By keeping our costs down through every facet of our business, we can pass those savings directly to the customer in terms of some of the lowest interest rates in the country,” said Ms Mortimer.

And it’s not just the lower average rates or smart uses of technology that’s turning Aussie borrowers from traditional, in-branch home loan customer service. Unless you rely on face-to-face banking service, it may not be best suited to your financial situation to pay the added costs that lenders charge to keep branches open.

“Nobody wants to spend ages sorting out their home or car loan... all they really care about is their home or their car at the end of the day, and they want to know they're getting a good deal on it compared to their bank,” said Ms Mortimer.

“It’s quicker to go online and do all of this, our turnaround times sitting at one of the fastest in the country, so customers can just go back to doing fun stuff, not finance stuff.”

A lot can change in a decade

With the rise of our reliance on the smartphone, the way we bank has been forced to adapt to become more technologically advanced. This is where online lenders such as loans.com.au have had a head start on traditional lenders in Australia

“I think technology has been the biggest impact on the lending industry. When we started loans.com.au there wasn’t really any other competition in the online space,” explained Ms Mortimer.

“We’ve seen a number of entrants come to the market and that has really challenged the big banks, as they’ve had to look at themselves and make some changes to move online as well. We are really starting to see technology really shift rapidly not only in the lending space, but in the finance space in general.”

The latest data from Roy Morgan shows that banking apps (via mobile or tablet) are the banking channel drawing the greatest level of customer satisfaction in Australia at 89.6 per cent. This has overtaken branch banking (84.3 per cent) by a clear margin, which may only continue to grow in the next few years.

“I think the consumer has changed in the last 10 years. We’ve seen them shift away from their traditional lenders and have the confidence to try an alternative online lender,” said Ms Mortimer.

“Technology, such as smartphones, has enabled this as customers move away from bank branches. They now have information at the tip of their fingers (or thumbs), and they can make informed decisions quickly. The larger banks have had to keep up with this and as a result we are seeing them innovate.”

And it’s not just online lenders that are shaking up the lending market, with app-based lenders – also known as neobanks – looking to take their own piece of the pie.

While not every neobank story has been a success, with Xinja returning funds to its customers and exiting the industry at the end of last year, their emergence in the lending market indicates customers are hungry for banking channels outside of traditional branches.

Global events, such as the COVID-19 pandemic have also played their part in transforming the home loan lending industry over the last ten years.

“Obviously, more recently COVID has had a big impact on our industry. To keep our economy moving, the government introduced the Term Funding Facility.”

“We have seen the major banks have the advantage and come down to our market and compete, but at the same time, that has meant that more Australians are having conversations about their home loans,” said Ms Mortimer.

Speaking of major banks, it’s no secret that the four biggest in the country – CBA, Westpac, NAB and ANZ - still have the market share of home loan customers.

And this is not unexpected, as many Australians tend to stick with the one bank they’ve been with since they were children.

While this may be the best option for some Aussie customers based on their personal financial needs and budget, if you’ve never stopped to think about your banking products, your loyalty may be costing you.

The Reserve Bank of Australia spoke of the phenomenon of the loyalty tax in February 2020, in which Governor Philip Lowe pointed to data at the time indicating owner-occupier home loan customers who have been with their bank for four or more years were paying an average variable rate 41 basis points higher than new customers

So, what can be said to Aussie banking customers who’ve never shopped around and compared their financial products?

“I think there is a misconception that online means DIY,” said Ms Mortimer.

“At loans.com.au we use technology to enable the customer, not to confuse them. We have a very clear step by step process via our award-winning app onTrack, but we also have great people supporting our customers along the way. We’ve taken a very personal approach to our customers.”

“They are assigned one lending specialist who takes care of them all the way through the process, so they aren’t talking to a big call centre, they are getting something similar to a private banking experience.

While loyalty may be an admirable trait, the data shows it may not pay off when it comes to your personal finances. There are advantages and disadvantages to considering choosing an online lender, and it may be worth comparing your options today.