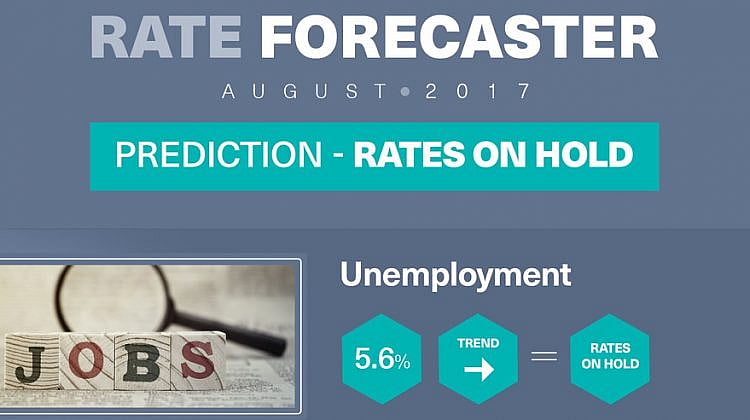 The Reserve Bank of Australia is likely to leave the cash rate at a record low of 1.50 per cent when it meets later today.

RateCity.com.au’s analysis of 21 domestic and economic indicators found 18 were pointing to the RBA leaving the cash rate unchanged (see Rate Forecaster below).

Money editor Sally Tindall said our economy is still not strong enough to justify a rate hike and not weak enough to warrant a cut in official interest rates.

“The latest economic figures show our economy is in neutral. Inflation has dropped to 1.9 per cent, just below the RBA’s target range of 2-3 per cent, and unemployment remains steady at 5.6 per cent.

“The RBA will be concerned about the Australian dollar rising to US80c, but not worried enough to justify a rate cut.

“We expect interest rates to remain on hold in the short to medium term.

Rates will eventually drift up

Ms Tindall said there has been a lot of commentary in recent weeks surrounding the RBA’s new ‘neutral’ cash rate of 3.50 per cent.

“Although we should all keep this in the back of our minds, the economy must strengthen significantly before we start to see interest rates climb again,” she said.

“That said, I expect the cash rate to eventually drift up – the key word being ‘eventually’.

“When the RBA calculated that Australia’s neutral cash rate is two percentage points higher than the current setting, it highlighted just how abnormal our current position is.

“Sooner or later, the RBA will aim to lift the cash rate closer towards historical levels, so it has room to move in the event of an economic crisis.”