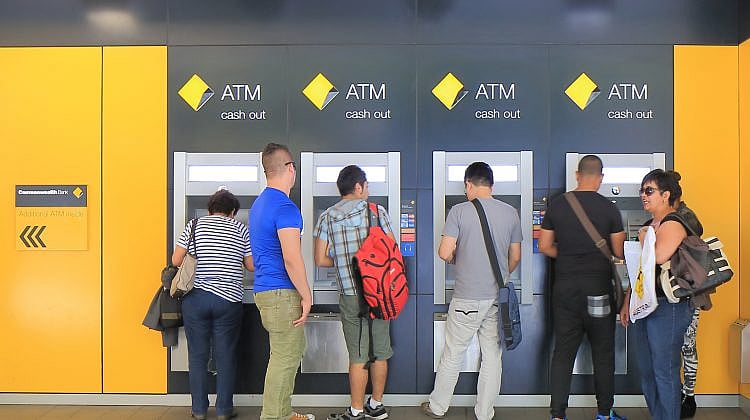 Commonwealth Bank is delivering the highest customer satisfaction of the big four banks – but smaller lenders are doing even better.

The average customer satisfaction rating for the big four banks was 78.7 per cent in the six months to November, according to a Roy Morgan Research survey of 50,000 Australians.

The breakdown for the big four was:

The average customer satisfaction for all banks, large and small, was 80.6 per cent, which means each of the big four banks was below average.

Not-for-profit mutual banks, which tend to be relatively small institutions, scored even higher, at 90.0 per cent.

Although the big four banks have below-average customer satisfaction ratings, they are doing much better than their low point in 2001, when they scored just 55.3 per cent.

How long can you fix a home loan rate for?

Most lenders should let you fix your interest rate for anywhere between one and five years. While rare, a few lenders may offer fixed rate terms for as long as 10 years.

Fixing your home loan interest rate for a longer term can keep your budgeting fairly straightforward, as you shouldn't have to factor in changes to your mortgage repayments if variable rates change, such as when the Reserve Bank of Australia (RBA) changes its rates at its monthly meeting. Additionally, if variable rates rise during your fixed rate term, you can continue to pay the lower fixed rate until the fixed term ends, potentially saving you some money.

Of course, a longer fixed term also means a longer length of time where you may have less flexibility in your home loan repayments. It’s also a longer period where you won’t be able to refinance your mortgage without paying break fees. If variable rates were to fall during this period, you may also be stuck paying a higher fixed rate for a longer period.

Can you borrow the deposit for a home loan?

Most lenders will want the majority of your home loan deposit to be made up of ‘genuine savings’ which is income earned from your job. While a small number of lenders may let you use a personal loan or a credit card to help cover the cost of your deposit, this may potentially cost you more in interest, and put your finances at higher risk.

If you haven’t saved a full deposit, it may be possible to effectively borrow the deposit for a mortgage with the help of a guarantor. This is usually a parent of other family member who guarantees your mortgage with the equity in their own property.

It may also be possible to borrow the money for a home loan deposit from a family member (e.g. the Bank of Mum & Dad) or a friend, provided you draw up a formal legal agreement to pay this money back, showing your mortgage lender that you’re taking responsibility.

How fast can you get a home equity loan?

Completing an application for a home equity loan may only take 20 to 30 minutes. It may take a lender anywhere from a day to a few weeks to process and approve your application. This may be affected by your financial situation, your level of equity, and whether or not your lender needs to organise an in-persona valuation of the property.

Before you can apply for a home equity loan, you’ll need to build up some equity in your property. The more money you can put towards extra repayments to reduce your home loan principal, the faster you can increase your equity. Also, if property values in your area increase, this may help deliver an instant equity increase once your property has been valued.