What NBN speed do I need? 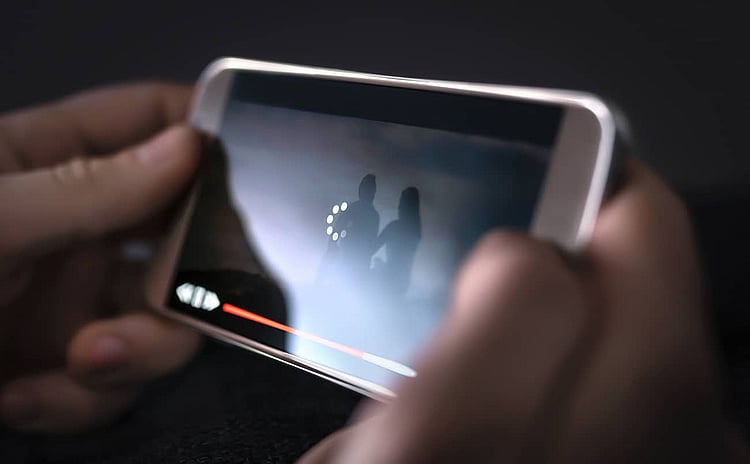 NBN speed is calculated in megabits per second (Mbps). This is a universal measurement of how fast data travels along the network and an indicator of the maximum downloadable speed.

The higher the Mbps, the faster your internet should be.

Why does my NBN speed matter?

It’s safe to say that no one likes slow internet.

An efficient internet speed is essential to completing online activities and enjoying entertainment without being interrupted by buffering and pages that take a long time to load.

A good NBN speed can therefore make or break your experience surfing and streaming on the web.

What NBN speeds can I choose from?

NBN is available in six speed tiers, which each represent the maximum Mbps available.

Although the latter option is not currently available to all premises, it is expected to cover 75 per cent of Australian households by 2023.

What NBN speed tier is right for me?

Answering the question ‘what NBN speed do I need?’ depends on the size of your household and how each person uses the internet.

For example, if you live alone and only use the web to read the latest news, you won’t require as much speed as a share-house full of gamers who play multiple hours a day.

As a general rule of thumb, the more people and devices there are, the faster your speed will need to be to keep everyone satisfied with their online experience.

Here’s a breakdown of each speed tier to help you decide which one makes the most sense for your household:

Still not sure which speed to go for? According to NBN Co, nearly 76 per cent of households are signed up to an NBN plan of 50 or above. NBN 50 strikes a balance between speed and value, so this may be a pretty safe bet if you want speedy internet without breaking the bank.

What do I need to know about NBN evening speeds?

When exploring NBN plans across Internet Service Providers (ISPs), you’ll notice the term ‘typical evening speeds’. This is a period of time, generally between 7pm and 11pm, when the internet tends to slow down due to a large number of people occupying the NBN network at once.

Despite the name, evening speeds can occur at any time of the day when the network is busy; and with the rise of work from home, you might find them occurring more often than they did pre-pandemic.

It’s important to know that not all NBN connections slow down much, or at all, come nighttime. This is thanks to ISPs controlling the amount of congestion on their network by purchasing the right amount of NBN bandwidth for their customer base.

In saying this, it’s still wise to know what evening speeds to expect before you sign up to a plan, to avoid being met with any unpleasant surprises down the track.

How fast is the NBN?

This depends on several factors, including your provider, speed tier, NBN connection type, the time of day, and how many devices are hooked up at any given time.

To give you an idea of how fast the NBN is, here’s how the different tiers shape up when it comes to download speeds:

What happens if I want to change my NBN speed?

If you’re not loving the internet speed you’ve signed up for, because you realise it’s insufficient or excessive, you will have to change plans to secure a different maximum Mbps.

How easy this is will depend on whether you’re on a contract or not. If you’re on a contract (which is typically on a 12 to 24 month basis) and want to opt out early, you’ll likely have to pay an exit fee, which is often calculated based on how long you have left on your contract. If you’re not on a contract, and pay for your NBN plan on a month-to-month basis, you should be able to change plans without incurring any exit fees. Keep in mind that with contracts, setup is usually paid for or at least reduced, while without contracts, you’ll likely need to pay upfront to get your NBN up and running.

Want to try different speeds before you settle on one? It may be worth avoiding contracts and switching up your speed tier each month to see which one works best for your household. You may find that the higher speeds are worth forking out the extra money for, or that you can get by with a slower speed tier and keep more cash in your back pocket.

How do I know if my NBN speed is performing well?

After you’ve answered the question ‘what NBN speed do I need?’ and signed up for a suitable plan, you might want to check how your speed is performing post setup. You can do this by running an Internet Speed Test to see if you’re getting the Mbps you should be.

As a guide, the Australian Competition & Consumer Commission defines the minimum acceptable speed for some of the speed tiers as:

Anything below these minimums is deemed ‘poor’ performance.

To see where your NBN speed stands in terms of performance, use this table:

If your speed isn’t hitting the mark, falling under the ‘poor’ category, it might be worth speaking to your ISP and attempting to troubleshoot any issues that may be preventing higher speeds from being achieved. If that doesn’t work, you might want to consider switching to another provider or plan that offers faster typical evening speeds.

Got an ‘average’ or ‘good’ score but still not satisfied with your NBN speed? You may want to consider moving up a speed tier for a faster internet experience.