Rules for a Valentine's Day proposal 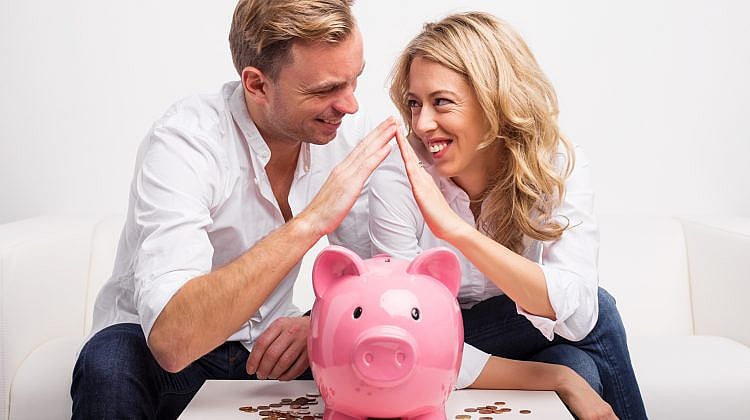 Are you hoping for a Valentine’s Day proposal – or planning one?

Research shows that around the world, Valentine’s Day is one of the most popular days to pop the question, ahead of the bride’s birthday, Christmas and the New Year.

Whether you’re planning to get down on one knee or be surprised by your other half, the purchases you make in the coming months – from the engagement ring to the reception and honeymoon – will be some of the biggest you will make together.

Reports suggest the average cost of an Aussie wedding varies – IBISWorld says $36,700 on average, while Bride to Be Magazine says the figure is closer to $48,296.

Either way, “It’s an expensive bloody day,” writes Scott Pape, financial commentator and newlywed, in his blog for the Barefoot Investor.

The day is made even more costly, he says, when expenses are whacked on credit.

“I’ve interviewed a woman whose $40,000 wedding debt lasted longer than her marriage, and I’ve reprimanded Bridezillas who spent a house deposit getting hitched.”

With that in mind, here are a few simple money rules to guide you through the proposal and beyond, so you can start your new life without the burden of debt.

How much you spend on a ring will obviously be a personal matter, but you will no doubt hear that one-to-two-months’ salary is the norm. Others say the ring should cost about 10 percent of the wedding bill.

“A lot of women wouldn’t want their financé to spend that much on a ring,” she told men’s website AskMen.com.

Research indicates this to be true; Australian women are less concerned about the diamond and more focused on financial security and saving for the future.

Last year, online retailer OO.com.au found 70 percent of Australian women would like a great-looking engagement ring, but would prefer guys save for a house deposit or honeymoon than a big diamond.

“If you can do without the famous blue Tiffany’s box, you can save fortune,” said Pape. “I bought my rock online.”

The ring isn’t the only cost to budget for, of course. From the flowers and cake to the photographer and venue, it’s easy to run up wedding bills and justify the costs with reason such as “It’s a once in a lifetime event” or “that’s just how much it costs to get married”.

Pape recommends couples discuss what is important for their day, write it down and use it as a reference.

“Once we had our list, we hired our wedding planner – but not one of those spendthrift fairies you see in the movies. We gave her our budget and paid her an hourly fee to arrange and negotiate everything – and, importantly, to bring it all under budget,” he said.

The best way to fund a wedding is to save up and pay cash, said Michelle Hutchison, spokeswoman for RateCity.

“That way you won’t pay interest on your big day, making it easier to keep costs under control,” she said.

“If you’ve got a small amount to start with, and are disciplined enough to add to your savings pile every month, then an online savings account can be a great option.”

By depositing $1000 into a high interest savings account at a rate of say 4 percent, and each adding $250 per month, within two years the final balance will have grown to over $12,000, she said.

“Saving together can also be a great way to test the financial waters before you jump in with an even bigger commitment, such as home loan.”