Australia praised for its strong economy 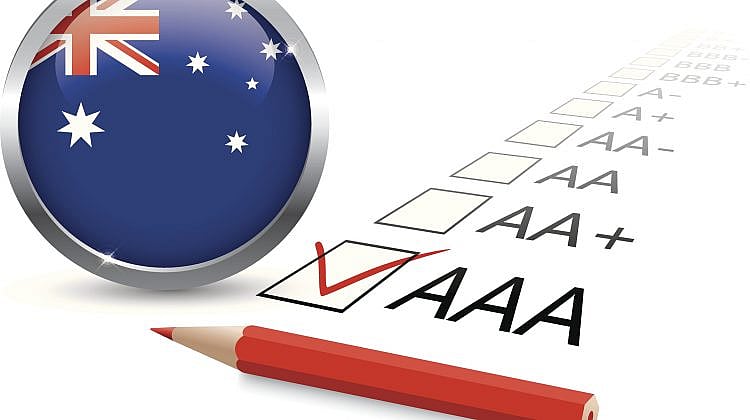 Moody’s has affirmed Australia’s AAA credit rating, although it has also warned of “two key vulnerabilities” to the economy.

The ratings agency also said that it expects Australia to retain its AAA credit rating for the foreseeable future.

Moody’s said that “even in the event of shocks, possibly in the housing market and/or to the economy’s access to external financing, the resilience of the economy supported by countercyclical macroeconomic policy” would allow Australia to retain its strong credit profile.

RBA and APRA get big tick

Moody’s paid tribute to the Reserve Bank’s handling of monetary policy, which it described as “a key aspect of Australia’s institutional strength”.

“The Reserve Bank of Australia maintains stable inflation at moderate positive rates. In addition, the central bank has preserved capacity to use conventional monetary policy to offset shocks, should they occur,” according to Moody’s.

Moody’s also spoke positively about how APRA, the banking regulator, had managed the banking system.

“Australia ranks particularly highly in the Worldwide Governance Indicators on regulatory quality, which corroborates Moody’s assessment of the quality of regulation of the financial sector,” it said.

“For example, in recently responding to rising risks of a potential housing market downturn, [APRA] implemented restrictions on excessive lending to property investors, in order to curb debt-fuelled property demand.

“APRA also raised bank capital requirements in response to the Financial System Inquiry’s recommendation to further enhance the strength and resilience of the banking system.”

“The Turnbull government is sticking to our plan for a stronger economy to guarantee the essential services Australians rely on and create more Australian jobs, while ensuring the government lives within its means by bringing the budget back into balance.”

“One is high and rising household debt, which exposes the economy, and consequently public finances, to any house price downturn,” it said.

“The second is its longstanding dependence on overseas financing, which leaves it subject to changes in investor sentiment towards Australian assets.”

One in three Australians on struggle street

The China boom may be coming to an end

Can’t buy me love? Aussies prioritise finances over romance in 2021