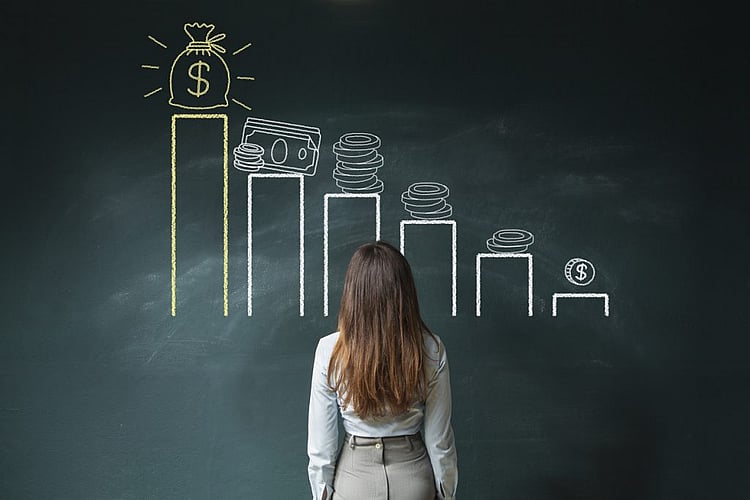 Unemployment levels are lower than they were a year ago, but these rates are slowing and wage growth could go with it.

Roy Morgan have released employment figures for the November quarter, showing that 11,886,000 Australians were employed in November. This is an increase of 39,000 over the past year.

However, 2.4 million (18.2 per cent) of the workforce in Australia are unemployed or underemployed.

1.2 million Australians were unemployed (9.8% of the workforce); an increase of 89,000 (up 0.6%) on a year ago. Underemployment levels also increased by 6,000, seeing 1.1 million Aussies currently working part-time and looking for more work.

Roy Morgan Executive Chairman, Gary Morgan, is concerned that growth is slowing, and how it will impact unemployed and underemployed Aussies.

“Over the past five months (July to November) monthly year-over-year jobs growth has averaged only 138,000 jobs over a year ago, just a third of the jobs growth throughout the first six months of the year which averaged more than 410,000 new jobs year-over-year from January to June.

“The slowing jobs growth will be a huge concern for the over 2 million Australians unemployed or under-employed and looking for work, or looking for more work,” said Mr Morgan.

What does this mean for wage growth?

These unemployment and underemployment levels are particularly relevant for wage growth in Australia.

In the latest statement on monetary policy by the Reserve Bank of Australia (RBA), stronger conditions in the labour market created by low unemployment levels (5.5 per cent*) were quoted as what will see “some lift in wage growth over time”.

On Friday, Prime Minister Malcolm Turnbull told ABC radio that he looked to unemployment and underemployment as key economic factors to blame for weak wage growth.

“Wages growth has been low and that is because there has not been enough economic growth.

“It’s supply and demand, and if you get more investment, more competition for labour, wages rise. All boats will rise with the same tide.

“But my job is to make sure more Australians have jobs and that’s what we’ll do.

“The answer to low wages growth is stronger economic growth. [Reserve Bank of Australia governor] Philip Lowe said this the other day.

“You get more demand for labour and wage increases following as a result. Unemployment is now at the lowest level it’s been since January 2013,” said Prime Minister Turnbull.

While unemployment levels are falling as shown in the above graph, annual wage growth has been declining since 2011, and currently sits at 2% a year.

Without an increase in wage growth, households will be unable to contribute to this ‘stronger economic growth’ due to their limited ability to pay off debt and spend on goods and services.

Roy Morgan Executive Chairman, Gary Morgan, referred to the 2.4 million unemployed and underemployed figure as the ‘slack’ in the Australian labour market that is “responsible for the low wage growth mentioned by the RBA this week in their Statement explaining their decision to leave interest rates unchanged at 1.5 per cent.

“While much attention focuses on the headline unemployment figure it is critical to recognise the real measures for a country’s economic wellbeing are the workforce, the number of employed people, and particularly the number employed to their fullest extent, i.e., not under-employed (looking for more work).

“The Roy Morgan employment series tracks these measures, and shows unambiguously that while there is growth in jobs, that growth is not keeping up with population growth, and the growing and the growing part-time nature is leaving a real ‘opportunity gap’ whereby on top of the 1,288,000 who are unemployed (no job) there are another more than a million willing and able to work more.

“In their statement, the RBA refers to a strengthening labour market but as recent Roy Morgan employment estimates have shown employment growth has moderated over the past few months.

“If the trend of the past few months continues the RBA will be unlikely to see any wage growth over the next year,” said Mr Morgan.

There is disparity between unemployment figures released by both Roy Morgan and The Australian Bureau of Statistics (ABS).

“The Roy Morgan Unemployment estimate is obtained by surveying an Australia-wide cross section by face-to-face interviews. A person is classified as unemployed if they are looking for work, no matter when.