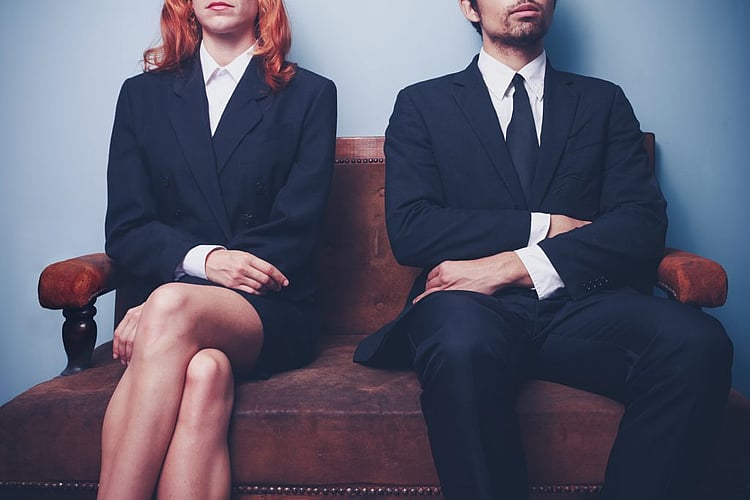 The gender superannuation gap has shrunk by 4.3 percentage points over the last ten years, according to research by Roy Morgan.

Further, the average balance for women has grown more rapidly than for men, increasing 87 per cent to $127,000 in the last ten years. This is compared to men who saw an increase of 53 percent to $176,000.

This is positive news, given that only three months ago Roy Morgan research showed that the gender superannuation gap had seen “no real progress”, only shrinking 2.1 percentage points in this same ten-year time frame.

Average Female Superannuation as Proportion of Male Average by Age

There has been improvement in the female proportion of male average superannuation across each age gap, as seen in the above graph.

According to Roy Morgan, women over 60 have the “lowest incidence of superannuation but they have higher balances than younger females due to contributing for longer”.

How the pay gap still plays a pivotal role

Average Income of Workers with Superannuation – Males vs Females

The above graph shows that women with superannuation who currently work have an average income of $60,000 compared to men with $80,400. Women therefore earn around 74.6 per cent of the male average.

Roy Morgan have attributed the lower income and superannuation balances of women to the fact that nearly half (46.2 per cent) of employed females work part-time, compared to only 20.4 per cent of males.

The gender pay gap makes a significant impact on the balance of women’s superannuation. This is not just the notion that women on average have lower incomes than males, but the long-term impact that women taking on a caretaker role (maternity leave, part time or casual work to take care of children and/or sick relatives etc.) makes on their income over their careers.

Norman Morris, Industry Communications Director at Roy Morgan, said “good progress has been made over the last decade regarding the average female superannuation balance and ownership levels and as a result they are closing the gap on males”.

“The current gap shows that the average female represents 72.2 per cent of the male superannuation average and although it still has a long way to go, it is a significant improvement on the 59.1 per cent recorded in 2008. The gap in ownership of superannuation has also narrowed from 9.1 per cent to only 4.3 per cent.

“Despite real gains in employment for women over the last decade, they still lag men in terms of full time employment and as a consequence a greater proportion of women are in part time work with its associated lower annual income.

“This contributes to average incomes of only around 75 per cent of the male average, which in turn leads to lower superannuation contributions and balances compared to males.

“In addition to problems associated with lower average incomes, females are more likely to have interrupted employment.

“However despite these negative factors operating against them, women have made gains in closing the superannuation gap to men.

“Generally both sexes are still unlikely to fund an adequate retirement entirely from superannuation unless contribution levels are increased and continue higher for several decades.

“Currently, we have seen in the newly released ‘Roy Morgan Wealth Report’ that there is a need for a more holistic understanding of an individual’s net wealth that goes beyond superannuation and includes other investments, home ownership, debt levels, personal and household incomes, bank accounts, financial attitudes and other factors that have the potential to have a major impact on retirement funding”, said Mr Morris.