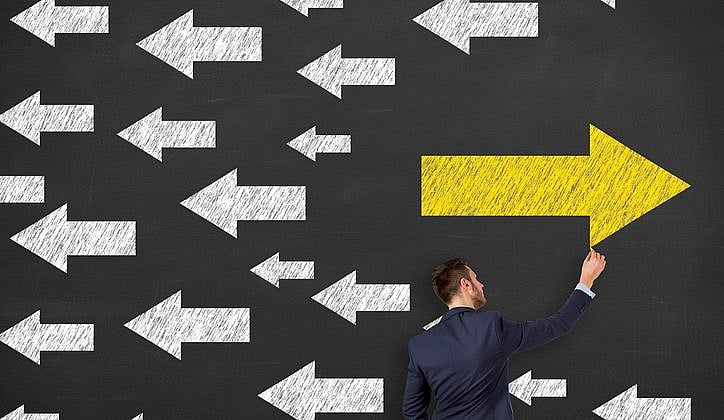 It’s easy to daydream about what it would be like to be a millionaire, but could turning that fantasy into reality be as easy as waking up early?

RateCity has found that becoming a millionaire could be easier than you think, according these tips and tricks from highly successful people.

By now everyone is aware of the act of meditating, whether it’s through religious practice or your weekly yoga class. According to these successful entrepreneurs, meditation is directly linked to their success as it allows the individual to deal with everyday pressures and stress.

Tupperware CEO Rick Goings meditates for twenty minutes every afternoon to help alleviate stress, and focus better on important tasks. Even Oprah Winfrey has advocated for meditation. The Harpo Productions Inc. CEO meditates twice a day to help herself find clarity and strength.

Richard Branson once revealed he wakes up every morning with the sun (even when staying at his private island) as he likes to spend these early hours exercising and eating breakfast before work. Apple CEO Tim Cook also joins Branson in this philosophy, and is known for sending out company emails at 4:30am. Waking up early and making the most of your morning is one habit shared by 29 successful people.

Early risers start their days before everyone and give themselves a jump start on the competition. They’re able to communicate with people in different time zones as well as find time for family, friends and exercise.

It seems like an obvious one, but having the self-control to save your money instead of spending it is a common habit among wealthy people.

They say the early bird catches the worm and the same is true about your superannuation. Saving for your future is just one way that ordinary Australians can enjoy wealth in their retirement. Making regular additional payments into your super fund could mean a world of difference. For example, if you put an additional $20 a week into your superannuation for the next thirty years you will have $31,200 more to enjoy.

Is your super fund working hard for you?

Read more, no matter how!

In his successful 2010 book ‘Rich Habits’, Thomas C. Corley examined the behaviours of various successful people to compile a collection of their daily habits. According to the study of 223 wealthy and 128 poor people, 79 per cent read education career-related material. 55 per cent read for personal development and even 63% of wealthy people listened to audio books during their commute.

It’s clear that whether through opening a book or listening to its audio, successful people incorporate reading into their daily habits.

“We are in the midst of a sleep deprivation crisis” – Arianna Huffington, co-founder and former editor-in-chief of The Huffington Post.

In total contradiction to what Richard Branson may say, Arianna Huffington believes in the power of sleep to bring you success. After fainting from exhaustion, hitting her head on her desk, breaking her cheekbone and getting five stitches in her right eye, Arianna began a journey of rediscovering the value of sleep.

According to her book ‘The Sleep Revolution’, the cultural dismissal of sleep as “time wasted” compromises our health and our decision-making and undermines our lives. She clarifies what doctors have told us for years; that having seven to eight hours of sleep a night is key to having healthier and more productive lives.