Are we looking at a cashless future? 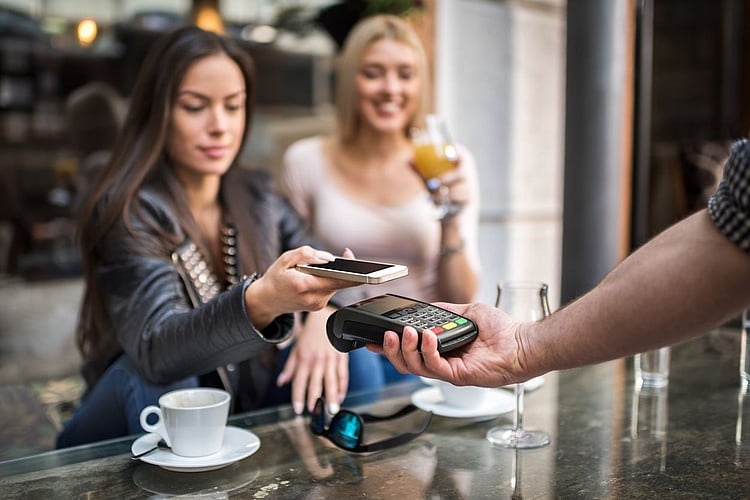 When was the last time you paid for something with a fat wad of notes or a handful of shrapnel? Even if you wanted to, you may not have had the option – according to the Commonwealth Bank, the number of Aussies making cash payments is shrinking, while the number of businesses going completely cashless is growing.

Cashless payments are becoming more and more popular around Australia, with CBA finding that a contactless or “tap” payment is now the preferred payment method for more than 90 per cent of purchases. CBA also found that between January 2017 and January 2019, contactless payment transactions have grown by 140 per cent.

A big driver of the move away from cash is believed to be the introduction and adoption of phone-based payment systems. According to CBA, after adding Apple Pay as an option earlier this year, the bank saw contactless payment transactions linked to a debit or credit Mastercard almost triple.

Even the Reserve Bank of Australia is anticipating an increasingly cashless future, with RBA governor Philip Lowe stating last year that on average, Australians are making almost 500 electronic payments annually, compared to around 100 in 2000. However, he added that he does not yet envisage a world without banknotes.

CBA general manager of commerce solutions, business customer solutions, Sam Itzcovitz, said that the popularity of contactless payments by card and by phone is changing the way businesses make and receive payments, with more choosing to go cashless:

“The continuing growth in the number of contactless purchases, coupled with the decreasing dollar amount people are spending in a single transaction (down 6 per cent from the past year), highlights that consumers are becoming more comfortable with Tap & Pay methods. Businesses are equally taking advantage of the speed, convenience and security that contactless offers when making or receiving payments.”

So who’s killing cash? You guessed it – those pesky Millennials and Generation Z. According to a study from Roy Morgan earlier this year, 10.6 per cent of Gen Z prefer phone-based payments, along with 10.4 per cent of Millennials, compared to 2.2 per cent of Baby Boomers and 0.6 per cent of Pre-Boomers.

Out of Australia’s Big 4 banks, only CBA and ANZ presently offer Apple Pay as a payment option at time of writing, though it is available through a variety of other financial institutions. Other digital wallet systems, such as Google pay and Samsung pay, are also available from selected banks.