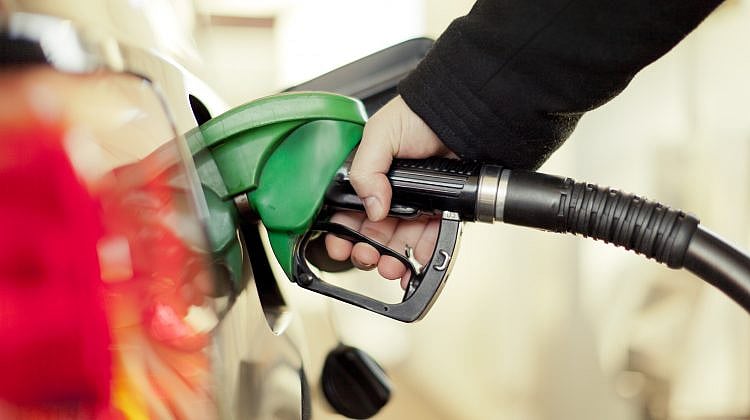 Drivers could save up to $520 per year by purchasing petrol at the bottom of the price cycle, according to a new report from Australia’s competition regulator.

The Australian Competition & Consumer Commission (ACCC), which monitors petrol prices in about 200 cities and towns across Australia, said at least 18 had price cycles (see image below):

Price cycles involve “sudden, sharp increase in petrol prices” – usually led by one or more sites – “followed by a much slower decline back to lower price levels”.

The ACCC estimated that drivers who buy from the cheapest petrol stations at the bottom of price cycles could make the following annual savings:

Savings are higher in Perth because of its regular weekly cycles. The other capitals have longer cycles, and therefore fewer low points, according to the ACCC.

Use your wallet to send a message: ACCC

“There’s a common perception that all retailers put their prices up or down at exactly the same time, but our research shows this isn’t the case, so if you see prices going up at one retailer, use an app to find another who hasn’t yet raised their price,” he said.

“Many people don’t realise there is also a significant difference between the cheapest and most expensive service stations throughout the price cycle, so purchasing petrol from those retailers that are consistently among the lowest-priced will save you money.”

Earn up to 50,000 Qantas Points with a more rewarding personal loan from Symple.
Real Time Rating™

How to get pre-approval for your ANZ car loan?

Getting pre-approval on your car loan can give you a good idea of how much you may be allowed to borrow. This will help you set your limits while selecting your car. You can apply for pre-approval for an ANZ car loan by filling out a simple online application form, where you’ll have to submit relevant identity, employment and income documentation.

ANZ will then conduct a credit check based on your application and documentation. It’s important to note that this could have an impact on your credit history. Based on your credit and income documentation analysis, ANZ will provide an amount they are willing to give you as a loan. After this, you can find the right car that matches the proposed loan amount and send it through your final loan application.

It’s important to remember that pre-approval gives you an indication of how much you can borrow from ANZ to purchase your car, but it doesn’t guarantee the final approval.

What is a chattel mortgage used for?

A chattel mortgage is usually used to buy an asset - such as a car - for your company for business use. Relatively similar to regular mortgages, a chattel mortgage structure is based on a lender providing you with funds to purchase an asset while registering their security interest on the Personal Property Securities Register (PPSR) for the life of the loan. In this case, the asset is known as the chattel. After the loan has been repaid, you will have full ownership of the asset.

A popular finance option, a chattel mortgage is usually preferred by self-employed or small business owners, due to flexible options available for repayment. In some cases, you may get 100 per cent of the cost of the asset, which means that no upfront deposit needs to be put down.

However, it’s important to note that a chattel mortgage is not regulated under the National Consumer Credit Protection Act. It’s therefore important to seek advice about the product and fully understand the agreement terms before signing.

How to apply for pre-approval of a car loan from RACV?

If you’re planning to apply for a car loan with RACV, the best way to start is by having a clear picture of your requirements. By getting pre-approval on your car loan, you’ll be able to go shopping for your new car with a definite budget that will help you narrow your search. Once you’ve decided to buy a car with the help of a loan, you may have even identified the type of car you would like to purchase, you can seek pre-approval on a car loan from RACV.

You can apply for pre-approval by filling out a form online and uploading the relevant documentation regarding your identification, income, debt and credit history. Once you submit your application, RACV will review and verify the documents. If you meet their eligibility criteria, you will get pre-approval for the amount they are willing to lend to you. With this pre-approval, you can go car shopping with the confidence of knowing what you can afford.

What is a finance broker?