Stuck with a bank you don’t like? There may be a psychological reason 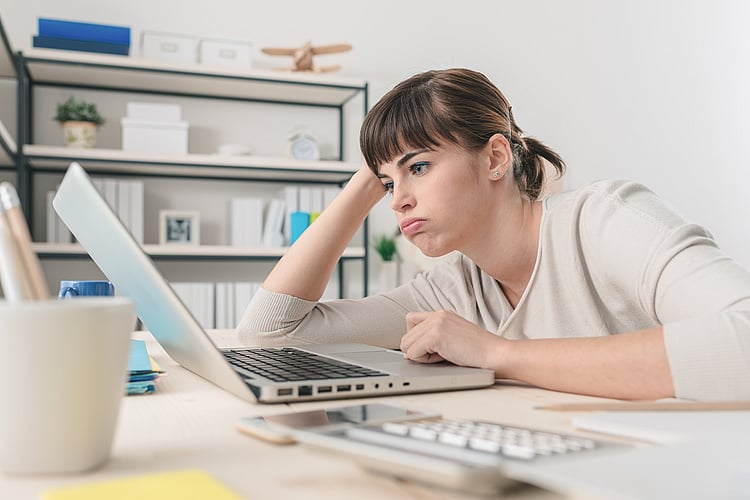 Thought about switching banks but backed out because it seemed like too much effort? You’re not alone.

The most recent RateCity consumer survey asked Australians what the biggest barriers were for switching banks. 39.1 per cent said they “can’t be bothered and it’s too much effort for the amount I’ll save”.

It appears as if Aussies are suffering from consumer inertia.

Consumer inertia is a psychological concept in which consumers will repurchase not because they’re loyal, but because it’s easier. This is often because of habits that have formed over time and situational cues.

Consumer inertia may be the reason why millions of Aussies choose to stay with their bank, even if it refuses to pass on a full Reserve Bank of Australia (RBA)-led rate cut or charges higher than average fees.

It’s no secret that of all the home loans in Australia, the big four banks have the lions share. But if you look at the last RBA cash rate cut, not one of these lenders passed on the full 25 basis point drop.

This even resulted in Treasurer Josh Frydenberg calling on the ACCC to launch an investigation into banks who fail to pass on rates.

In fact, smaller lenders like Athena and Reduce were the ones to pass on rates in full. So why aren’t homeowners making the switch?

Habits we formed as kids

If you think about your own personal finance, chances are you’ve been with the same bank since you were a child. You may have even joined through partnered programs at school, such as CommBank’s Dollarmites, or St George’s former program: Happy Dragon Club.

Research from consumer group Choice recently identified that 46 per cent of Australians opened their first bank account with CommBank, and 35 per cent of Aussie adults still have this bank account. The Dollarmites club is also estimated to be worth nearly $10 billion.

The issue may not be that Aussies are choosing one bank over another, but that they’re not actively looking for more competitive options. Instead, they are most likely remaining apathetic and complacent about their finances.

This financial apathy can lead to:

How can Aussies break the inertia cycle?

If you know you’re suffering from consumer inertia, then you also know it’ll take action to stop it.

While it can seem daunting at first, dedicating a little bit of time to compare financial options could save you money in the long run.

Comparison tables can be a really helpful tool to compare apples with apples. If you’re thinking about switching to a different home loan provider, for example, these tables can help you filter through loan options to find the one that suits your needs. You can compare interest rates, potential monthly repayment amounts, as well as loan features.

If you want to get decent savings on your home loan, the simple truth is you may need to break up with your bank, and shop around for a new lender to get them.

Do you have a home loan and are still not sure about leaving your bank? Don’t be afraid to ask your bank to match the interest rate they’re offering new customers. Rates for new customers are often significantly lower than loyal customers who’ve been with their banks for several years.

Read our guide on how you can talk your way to a lower interest rate.

This article was reviewed by Business & Finance Writer Rachel Wastell before it was published as part of RateCity's Fact Check process.