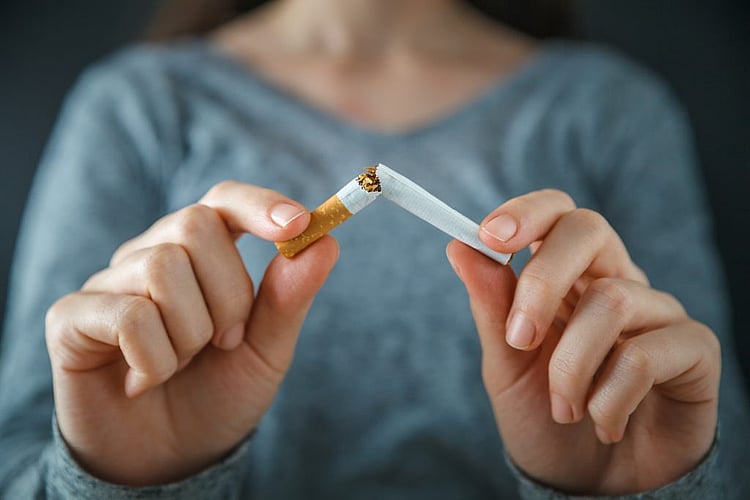 Australians will now be able to easily identify whether their investment funds are involved in the tobacco industry, thanks to the launch of the ‘Verified Tobacco-Free’ certification stamp.

The world first stamp, expected to roll out in 2019, has grown from the hard work of Australian-led Not-For-Profit, Tobacco Free Portfolios.

This certification stamp will help to raise awareness and transparency for consumers about whether their funds are part of the $1.3 trillion now under Tobacco-Free management.

RateCity spoke with Tobacco-Free Portfolios’ Founder and CEO, radiation oncologist Dr. Bronwyn King, about the finance sector’s move away from investing in tobacco.

“For the average person on the street, they need to understand that superannuation money is their money, and when your money is invested in a company it means you own a part of it.

“So we want the community to ask the question ‘do they want to invest in companies that make products that kill 7 million people every year’. if it’s a no – we really want people to look out for that Tobacco-Free Verification stamp, starting next year,” said Dr. King.

In 2010, Dr. King discovered that her industry super fund was investing her money in tobacco. Having watched hundreds of patients die from tobacco-related disease, she felt compelled to address the issue.

“I think that a lot of young people are quite disconnected from the concept of superannuation and pensions, full stop,” said Dr. King.

“And I was exactly in that category – at the time I made this discovery I was under 40, I had that vision I was going to live forever and I didn’t even think about superannuation or pensions.

“We have seen a big shift in the community in recent years in terms of being aware of what their finances are doing – and I think millennials are a bit more tapped in. But we feel that this certification stamp really plays into this concept of increasing expectations of sustainability, responsibility and transparency,” said Dr. King.

This drive for change lead her to launch the Tobacco-Free Finance Pledge at United Nations’ Headquarters in New York on the sidelines of the UN General Assembly last month. Through the work to date, over one trillion dollars of Australian workers’ superannuation is now tobacco-free.

How Australian funds are adapting

HESTA, an Australian industry superannuation fund for workers in health and community service sectors, were among the first Australian super funds to take the Tobacco-Free Pledge.

Debby Blakey, CEO of HESTA, believes that the biggest barriers preventing other funds from joining is “getting their head around what it actually means”.

“For some organisations, they see anything involving divestment as a very big decision. From a HESTA perspective, we turned that around and looked at it differently. Instead of saying why exclude tobacco, there’s an amazing opportunity to look at it and say why invest in tobacco in the first place?

“I think a lot of people battle to get to that point and maybe look at it at the opportunity cost if they divest, rather than asking themselves why they are invested.

“But when you start thinking about engaging with tobacco companies you have to question what are you engaging about? How do you make tobacco safe?

“I think it was a really big paradigm shift in the conversation where people started answering questions that hadn’t been asked. And we have to credit Bronwyn [King] with that because she started those questions and came and met with boards. Once that question is on the table you can’t let it go away,” said Ms Blakey.