Most Aussies would be better off switching credit cards 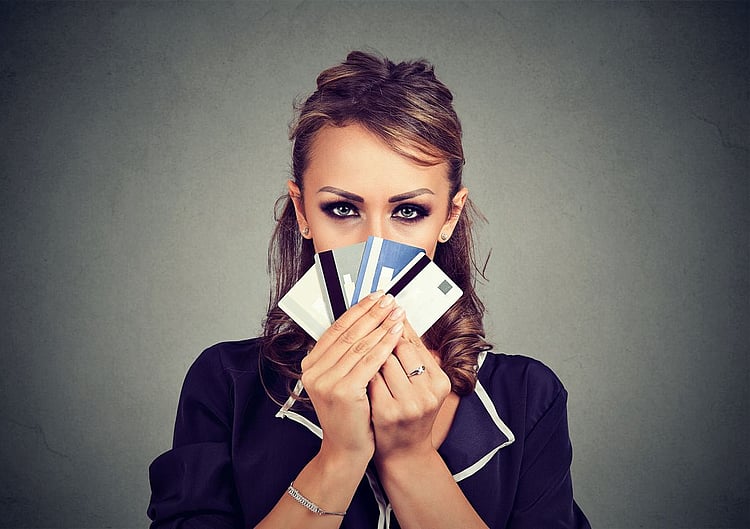 Most Australians don’t hold a credit card that suits their typical spending patterns, and many of us could save up to $250 per year in credit card costs simply by switching to a more suitable card, according to the Reserve Bank of Australia (RBA).

Of the remaining 60% of Australian credit cardholders, around half were found to break even when it comes to card costs versus card benefits, while half incur a net cost on their credit cards.

According to the report, most Australians don’t choose credit cards that best suit our usage patterns – this includes cardholders who receive a net benefit from their cards. While most Australians would benefit from switching cards, less than 10% were found to have done so over the previous year.

The report’s author, Mary-Alice Doyle, said that some of the Australians who use their credit cards to chase reward points aren’t getting as good a deal as they think:

“I find some evidence that a small but substantial share of cardholders overestimate the net monetary value of their card, and believe they are making a gain when in fact they are likely making a loss.”

“These cardholders are more likely to be motivated by rewards points, and less likely to have paid interest in the past year…they may overweight benefits, such as rewards and the interest-free period, to form an inflated estimate of their card’s value.”

Ms Doyle also found that around half of the respondents who made a net loss on their credit card were those holding high-cost cards, but had not considered switching to a lower-cost card.

This behaviour is believed to indicate that as well as practical barriers to switching credit cards (e.g. search costs, time spent applying for a new card and transferring any direct debits) there are also cognitive and behavioural barriers to consider:

“Factors such as limited time, lack of awareness of alternatives, or information overload may lead cardholders to form an incorrect impression of a card’s value. These factors are particularly likely to affect decisions for more complex products.”

“Respondents’ stated preference to hold a credit card with their main or preferred bank may explain part of this reluctance to switch, though most banks offer a range of options, meaning that cardholders are able to switch to a lower-cost card issued by the same bank.”

Ms Doyle also found stress to be a potential factor that affects the ability of Australians to choose appropriate credit cards for their needs, meaning that the stress of credit card debt could potentially leave Australians vulnerable to debt traps.

“For a small number of respondents, the stress itself may be caused by credit card debt, which may lead them to focus narrowly on repaying current debts, rather than taking steps – such as switching cards – to reduce future interest charges.”