Australians spend up on holidays, less on cars 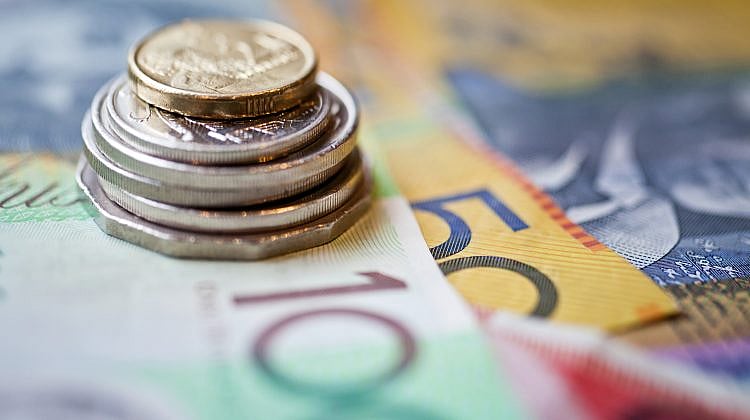 Aussies may be more aware of car loans and credit cards, as the Commonwealth Bank reveals our spending habits are changing, with less transport yet more travel.

As the year wound down in 2018, Australians were still getting their wallets and credit cards out to spend, but just not necessarily on the things you might expect, as big ticket items lost out.

In fact, according to the Commonwealth Bank’s latest Business Sales Indicator, Australian spending rose by 0.4 per cent, with transportation benefiting by 3.1, but personal transportation sales through automobiles and vehicles down by 1.3 per cent.

Car sales weren’t the only falls reported by CBA’s Sales Indicator report, which showed annual falls in spending, with drops of 1.8 per cent in government services, while clothing and vehicle rentals dropped by 1.3 and 0.9 per cent respectively.

Throughout the year, Australians did keep spending, however, just on different things. According to the CommBank report, the strongest annual growth in December 2018 came from the aforementioned transportation, airlines, and hotels, possibly suggesting Australians were taking more holidays at the end of last year rather than buying large items like cars.

“The softening of home prices has made people more reluctant to buy big ticket items like cars, and car sales have indeed eased from recent highs. However, surveys show that business conditions and confidence are generally good and our data tells us that overall, Aussie consumers spent more in December 2018 compared with the same time the previous year,” said CommBank CommSec Chief Economist Craig James.

“At the heart of spending growth is the strength of the job market,” he said. “At the same time wages are still out-pacing prices despite growing at a slower pace than a few years ago. The increased spending on services and discretionary items is part of a general trend in recent times.”

Australians poised to spend billions for the holidays

All BOQ credit cards come with purchase cover insurance and guaranteed pricing, which can be claimed by eligible customers without activation. Some premium cards may additionally cover international travel, transit accidents, and interstate flight inconveniences, as well as offering extended warranties in select circumstances.

For instance, any “covered item” bought using your BOQ credit card may be eligible for purchase cover insurance if its value doesn’t exceed $10,000. Again, covered items usually include most business and household or personal items but exclude things like computer software, perishable food items, and arts and antiques. You should check your credit card’s product disclosure statement (PDS) to find out which of these complimentary insurances you may qualify for if any.

Can I get a credit card with bad credit?

Yes, some lenders will provide credit cards to Australians with bad credit scores. It depends on the provider's individual lending criteria and whether you’ve presented your personal finances to show you’re an ‘ideal’ applicant.

No matter which type of Bendigo Bank credit card you own, you may qualify for complimentary purchase protection insurance, extended warranties, and best price guarantee.

If you are eligible for one or more of these complimentary insurances, you won’t need to activate them separately. Consider checking the coverage limits as well as the terms of purchase to find out if they apply to your purchases. For instance, the annual coverage limit under Bendigo Bank’s purchase protection insurance for one type of credit card is $25,000. However, the coverage limit per item is $5,000, and you may have to pay an excess of $250 every time you file a claim.

Some Bendigo Bank credit card customers may also qualify for mobile device insurance, which covers the accidental damage to or loss of your phone. Again, the coverage limit varies for repairing or replacing your phone,compared to repairing accidental damage to your phone’s screen. Other complimentary insurance offered by Bendigo Bank on some credit cards includes coverage for overseas travel, domestic flight inconvenience, and transit accidents. If you rent a car using an eligible Bendigo Bank credit card, you may be able to get a waiver on the car rental excess as well.

Do I qualify for Bank of Melbourne credit card insurance?

You may be eligible for transit accident insurance, purchase security insurance, and extended warranty no matter which type of Bank of Melbourne credit card you own.

Some credit card customers may get coverage for international or domestic travel insurance, rental vehicle excess in Australia, and price guarantee as well.

However, the exact terms of the insurance coverage can differ based on the specific credit card. For instance, if you buy any personal items with a Level 1 credit card, your purchase security insurance may be valid for up to four months from the purchase date. For someone with a Level 2 credit card, such coverage may only be available for three months.