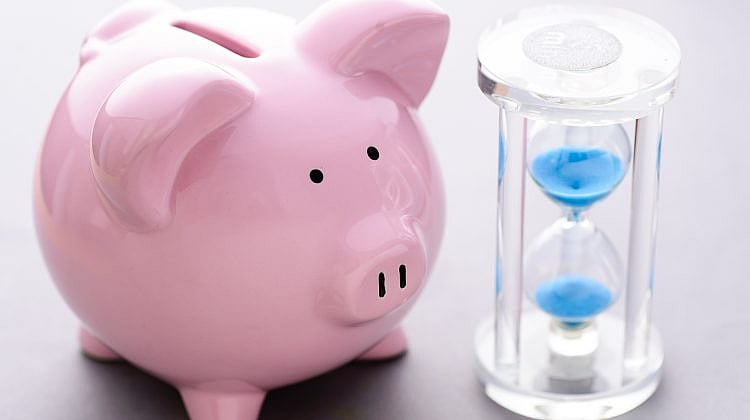 For investors who want to lock away $5,000, Arab Bank Australia is paying 3.00 per cent for one-year term deposits. That results in a total payout of $5,150 after 12 months (see table below).

Bank Australia, Bank of Sydney and Rural Bank One have one-year term deposit interest rates of 2.85 per cent.

Defence Bank, Teachers Mutual Bank and UniBank are close behind, with interest rates of 2.90 per cent.

A range of institutions are paying 3.00 per cent for three-year term deposits, including Australian Unity, Bank Australia, Heritage Bank, Teachers Mutual Bank and The Mutual.

When it comes to four-year term deposits, Rabobank and RaboDirect are both paying interest rates of 3.20 per cent, resulting in a final payout of $5,640.

Australian Unity, Heritage Bank and ME Bank are offering 3.00 per cent interest on four-year term deposits.

Investors who want a five-year term deposit can receive 3.40 per cent interest from Rabobank and RaboDirect, for a final payout of $5,850.

Greater Bank is offering 3.10 per cent for five-year term deposits, while Australian Unity and G&C Mutual Bank are paying 3.00 per cent interest.

Update (April 8, 2019): Since publishing this story, three months have passed and the rates have changed. As such, RateCity has published revised and refreshed term deposit rates, providing more up-to-date coverage.

The term deposits with the highest rates are…?

What are the current AMP Bank business term deposit rates?

If you want to earn competitive rates on your fixed deposits for an amount between $100,000 and $500,000, AMP Bank deposit may worth considering. Term deposits with AMP Bank allow you to earn reliable returns for different tenures between one month and five years.

You can also choose when you want to receive the interest; monthly, quarterly, or half-yearly. If you wait until maturity, you’ll earn the full interest.

Macquarie Bank’s business term deposit rates vary depending on the duration you choose. Terms start at one month and go up to five years.

You can invest any amount between $5000 and $1,000,000 and you won’t be charged a fee. You’ll also have the flexibility of choosing when you want to receive the interest and have the option to roll over the balance once the TD matures. You can ask to have the interest deposited into  another bank account if you wish.

What is a term deposit account in a bank?

A term deposit account in a bank is a type of investment where you lock away a portion of your savings for a fixed period in return for earning a set amount of interest.

Opening a term deposit account in a bank is a safe way to earn a stable return on your investment of cash.

Term deposit accounts can be a good way to give your savings an extra boost without the need to actively watch or manage your funds during the term of the deposit.

Term deposit accounts in a bank are a popular type of investment because they’re safe and there’s very little risk that you could lose your money.

If you make a term deposit of up to $250,000 with an authorised deposit-taking institution, it’s guaranteed by the Australian government, which means there’s virtually no risk of losing your money and you’re guaranteed return.

Interest rates vary depending on the length of the term, the amount you deposit and the bank you choose.

How do you calculate term deposit interest?

If you’re ready to open a term deposit, there’s a lot you’ve already figured out. You’ve decided on the length of your term and found the best interest rate, but there’s something you still might be wondering. How do you calculate term deposit interest?

One of the easiest ways to calculate term deposit interest is by using a term deposits calculator. However, you can also estimate your total earnings on your own.

You can estimate your interest using three variables. Multiply together your deposit amount, interest rate, and term length and you’ll approximate the interest a deposit will earn. For example, if you invest in a term deposit for $5,000 at an interest rate of 3 per cent for two years, your interest would total $300.

What are Suncorp Bank's term deposit rates for businesses?

A term deposit with Suncorp Bank allows you to lock away a specific amount of money at a fixed interest rate for a nominated period. You will need to make a minimum investment of $5,000 and up to $2,000,000, and can select a period from one month to 36 for your investment. Term deposit investments ranging from one to 12 months are based on interest paid at maturity, while investments from 12 to 36 months are based on interest paid annually.

While the interest rate will differ based on your investment amount and term duration, here are some of the most popular Suncorp Bank business term deposit rates as of January 2021:

Please note that these interest rates are effective from 13th November 2020 and are subject to change without notice. Moreover, if you choose from an early withdrawal, the interest rate will be adjusted, and other charges are likely to be applied.

Are term deposits covered by the Australian government guarantee?

Yes, term deposits are covered by the Australian government guarantee.

Under the Financial Claims Scheme, the Australian government guarantees term deposits up to $250,000, capped at one person, per financial institution.

This means that your term deposit (if it’s $250,000 or less) is protected in the unlikely event the bank, building society or credit union collapses.

If you’ve got more than $250,000 and you wish to invest in a term deposit, you could consider dividing your money between term deposits and banks (limiting each deposit to $250,000 per bank).

That way all of your deposits are protected by the Australian government guarantee and you will not suffer any financial losses.

What should I know about ING’s business term deposit rates?

ING Direct offers several term deposit options for businesses looking to save over some time.

The business term deposit rates ING offers are compounded annually, meaning that the interest earned after the first year is added to the amount you originally deposited.

During the second year, the interest is calculated on the new amount. If you close the term deposit once it matures, you can ask for the money to be transferred to your business account either with ING or another bank. You can also renew the term deposit and choose to reinvest the total amount earned through the earlier term deposit. Alternatively, you can opt to renew with just the sum you originally deposited, and withdraw the interest earned.

If you opted for a longer time frame, such as two years, you’d get an annualised interest rate of 0.30 per cent on your deposit. If you deposited $10,000, in two years the interest accrued would amount to approximately $60. Again, this is an estimate only based on current rates.