Looking at interest only loans 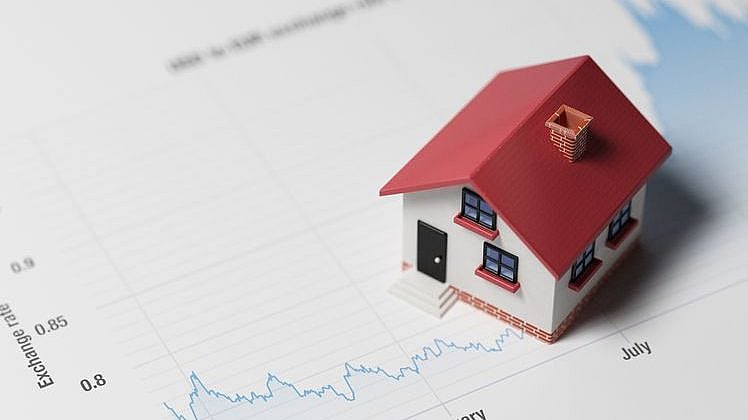 The governor of the Reserve Bank of Australia (RBA), Philip Lowe, has shown support for new housing affordability regulations from the Australian Prudential Regulation Authority, including limiting interest-only loans to 30% of all new loans supplied by banks and lenders.

Speaking at the RBA Board dinner following the central bank’s April meeting, which kept Australia’s cash rate at record-low 1.5% for the eighth straight month, governor Lowe commented that Australia’s interest-only home loans are “unusual” compared to the rest of the world:

“Over the past year, close to 40% of the housing loans made in Australia have not required the scheduled repayment of even one dollar of principal at least in the first years of the life of the loan; only interest payments are required. This is unusual by international standards. In some countries, repayment of at least some principal is required on all housing loans for the entire life of the loan. In other countries, interest-only loans are available only if the borrower has already contributed a fair degree of equity. So this is one area where Australia stands out. We are not unique in this area, but we are unusual.”

What is an interest only home loan?

An interest only home loan does exactly what it says on the tin – it’s a home loan where instead of making repayments that include both the loan’s principal and interest, you only pay interest to your lender instead.

One of the most obvious advantages of an interest only loan is that you only need to pay the interest and not the principal, which makes the loan cheaper on a month to month basis. This can make interest-only loans attractive to some owner-occupiers looking to keep their costs down, whether they’re first homebuyers trying to firmly establish their finances, or borrowers seeking to free up more of their income to pay for a renovation or some other personal project.

According to governor Lowe, the flexible nature of Australia’s mortgages plays a significant role in the popularity of interest-only loans:

“Many people with interest-only loans make significant payments into offset accounts rather than explicitly paying down principal. This flexibility, which is of value to many people, isn’t available in most countries.”

By paying money into an offset account on an interest only loan, borrowers can reduce their interest repayments, and still access these funds if required much more easily than making a redraw or taking out a line of credit from a principal and interest home loan.

But it’s property investors that can really benefit from interest only loans. By using an interest-only loan to buy a property, an investor can enjoy low monthly repayments (potentially lowered further by an offset account), as well as tax benefits from negative gearing if the interest they pay is higher than the rental income they earn.

Are tax benefits worth investment losses?

The pros and cons of negative gearing

And even though an interest only loan doesn’t reduce the principal, the property’s value can still increase over time, so by the end of the interest-only period, the investor can sell and come out ahead, or reinvest using the resulting equity.

Disadvantages of interest only loans

While interest only loans may seem relatively affordable because you only need to pay your loan’s interest, if lenders repeatedly raise their interest rates, borrowers could find their monthly repayments quickly growing unaffordable. Similarly, if a lender declines to renew or extend an ending interest only period, borrowers could find themselves unable to afford their higher principal and interest repayments.

Can you afford P&I repayments?

For owner occupiers, interest only loans may be more affordable in the short term, but because the principal isn’t being reduced during the interest-only period, this can mean the loan ultimately takes longer to pay off, and the borrower will pay more in total interest over the lifetime of the loan.

For investors, if their property’s capital growth is sluggish, or even drops in value (not impossible in specific areas) they could reach the end of their interest-only period without enough usable equity available to cover their costs.

How will the new regulations affect interest only loans?

Among APRA’s new guidelines for banks, lenders and home loan providers are regulations to “limit the flow of new interest-only lending to 30% of new residential mortgage lending”, and to “manage lending to investors in such a manner so as to comfortably remain below the previously advised benchmark of 10% growth.”

Limiting the number of new interest-only loans (among other APRA regulations) should help to limit the number of Australians borrowing beyond their means and putting themselves into potentially risky financial positions if interest rates were to rise or house prices to fall.

What options are available?

How can we fix the housing affordability crisis?

These regulations should also contribute to reducing the overall level of risk in the Australian housing market, and help to stabilise the broader Australian economy in case of future economic downturns.

Curbing interest-only loans is also expected to limit the impact of investors on Australia’s housing affordability, which according to governor Lowe, was already under pressure from high demand and limited supply in popular areas:

“Not surprisingly, the rising prices have encouraged people to buy residential property as an investment in the hope of ongoing capital gains. With global interest rates so low, many investors have found it attractive to borrow money to invest in appreciating residential property. This has reinforced the upward pressure on prices.”

“Like the earlier ‘speed limits’ on investor lending, these new requirements should help the whole system pull back to a more sustainable position. A reduced reliance on interest-only loans in Australia would be a positive development and would help improve our resilience.”