Which of my debts should I pay off first? 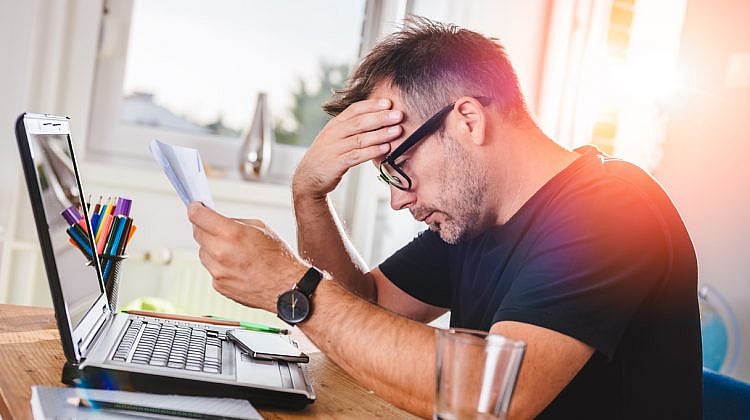 When you have debt to pay it can feel like you’re carrying around a weight on your shoulders every day. But what happens when you have a mortgage, a car loan and a credit card to pay off all at once?

Having multiple sources of debt can be overwhelming, so we’ve spoken to an expert about which debt you should pay off first.

“A Lannister always pays his debts”…

If you’re wondering which of your debts to pay off first, the answer is simple – whichever has the highest interest rate.

Some consumers make the mistake of paying down all their loans at the same rate or prioritising the biggest loan.

However, all things being equal, more expensive debt should be repaid before less expensive debt, according to Torrance Kassabian, a financial planner with BT Financial Group.

“There are a number of things that impact paying off debts, such as early exit fees. But, theoretically, the debts to pay off first should be the ones that have the higher interest rates,” he says.

The price of shopping addiction

How to regain control of your finances

All things being equal, the debts should be repaid in this order – credit card, personal loan, car loan, mortgage, student loan.

Debt consolidation can save you money

“It does depend on potential break costs, but all things being equal, if you can bundle them together and get a better rate of interest on the combined loan, it would be better to combine them because you’re paying less interest on the same balance,” he says.

Consumers should get expert advice before consolidating debts to ensure they properly understand all the potential costs, according to Mr Kassabian.

Should you pay off your credit cards before buying a house?

Five steps to get out of debt

Signs you may have a debt problem

How does the ANZ credit card instalment plan work?

While you usually need to settle all or part of your credit card dues at the end of your statement period, some credit cards afford you the option of setting up instalment plans. This allows you to settle your credit card debt at a pace that's more convenient for you, paying a fixed amount over a fixed period, thus making it easier to budget your repayments every month.

With the ANZ credit card instalment plan, you can set up a structured repayment schedule for part or all of your balance, or even for specific purchases over a certain value.

Some of the benefits of instalment repayment include:

There are disadvantages of opting for instalment repayment, however, and they include:

How to increase your HSBC credit card limit

You can opt to increase your HSBC credit card limit in multiple ways.

You can also request to increase your credit card limit by calling HSBC’s customer service hotline on 1300 303 168.

Lastly, you can visit any HSBC branch to apply to lift your card limit.

If you are facing challenges while trying to complete an HSBC credit card credit limit increase online, you can chat with a representative using internet banking. Click on the ‘Need Help’ button on the right of the dashboard and open the chat window to speak with the customer service officer.