The most exclusive credit cards in the world 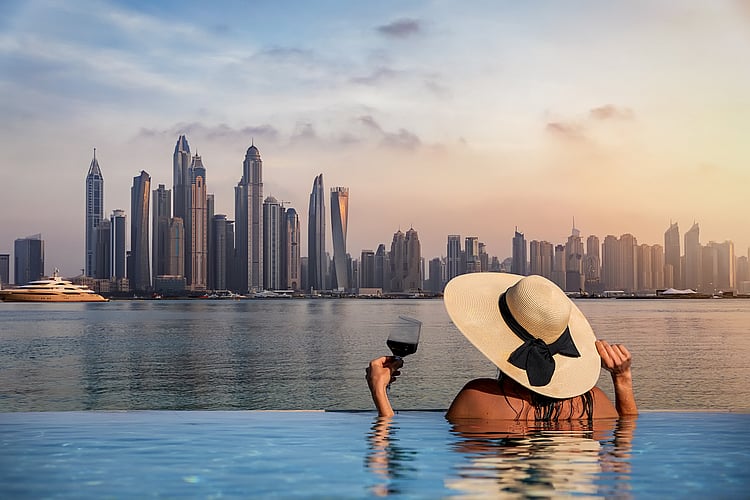 Celebrities, CEOs, rockstars and royalty; what is the one thing that has been known to unite them all? The luxury credit card.

From rare metals to diamond-encrusting and solid gold, the most exclusive credit cards in the world not only unlock a world of extravagance but look the part too.

Black credit cards, or luxury credit cards, offer an extensive list of benefits and perks. From motorcycle concierge deliveries of Dead Sea sand, to first class travel upgrades and access to global stadium suites, these credit cards open doors to a world of privilege the average cardholder can only dream about.

A ‘black’ credit card simply refers to a luxury status credit card that sits above platinum and is provided by some credit card issuers. It comes with a significant number of benefits and perks, and generous credit card limits (if any), as well as very high annual fees.

These credit cards are strictly reserved for applicants with higher incomes with generous spending habits – typically in the $100,000 per year and above range. Their exclusivity comes from the fact that you will generally need to be invited to join instead of applying yourself.

The most exclusive credit cards in the world

The card that helped coined the term “black credit card” due to its colouring, this invitation-only premier AMEX card is arguably the most well-known luxury credit card – despite very little being known about it still.

The American Express Centurion is said to have no spending limit. And while AMEX does not publicise the eligibility criteria of this card, it has been rumoured that cardholders must spend anywhere from $250,000 - $450,000 a year to qualify.

It is also reported to carry an initiation fee of $10,000, as well as a hefty annual fee of $5,000. However, cardholders who are invited to join should be earning incomes that can more than afford these charges.

In a recent episode of Comedians in Cars Getting Coffee, Jerry Seinfeld alleged that the Black AMEX card may not have existed if it weren’t for him. As a spokesperson for the brand in the ‘90s, Seinfeld was asked by a member of the crew if he had ‘the Black Card’.

The crewmember said: “There’s only three in the world. The Sultan of Brunei has one, the president of American Express has one, and I thought you would have the third one.”

Seinfeld claims that the next day he called up the president of American Express, who told him the card doesn’t exist but that maybe it should. Then in 1999 when it finally issued the card, he was allegedly given the first one.

In fact, the card is so famous it has its own Snopes page. One myth of the prestige concierge services offered by AMEX includes that one cardholder decided he wanted to purchase the horse ridden by Kevin Costner in Dances with Wolves, and the team purchased said horse from a ranch in Mexico and delivered it to the cardholder in Europe.

This high-end credit card is another invite-only offering from one of the largest banks in America.

Originally named for the rare metal it is created from (palladium), it was introduced in 2009 for cardholders who reportedly have a minimum of $10 million in assets managed by J.P. Morgan’s private bank.

It carries a $595 annual fee, and offers cardholders several perks, including:

Despite its prestige, the card offers essentially the same benefits as the bank’s popular travel rewards card – the Chase Sapphire Reserve – but with 50% more value for points redeemed. It is primarily a status symbol, with the company of cardholders said to include big names like Barack Obama.

A card designed for royalty, this credit card has its edges adorned with real gold and features a .235-carat diamond in the middle. It is said to only be offered to royalty and the ultra-rich living in the United Arab Emirates.

This is another strictly invitation-only credit card offering that is provided by Dubai First, with only 200 cardholders said to be members worldwide. While the annual fee is not publicised, it is said to be around $2,000.

Just as with the AMEX Centurion, the Dubai First Royale Mastercard does not carry any spending limits. Each cardholder is said to be assigned a dedicated ‘relationship manager’ to assist them with any personal financial requests.

According to Lendedu, one cardholder was reported to have wanted to try the latest model of Porsche, so their dedicated relationship manager arranged a private jet to fly them to Stuttgart, Germany for a test drive.

Global provider, Citi, is also said to have its own invite-only credit card, the Citi Chairman American Express card. Membership is only available to those with significant investments with a Citi brokerage account.

It is alleged to have a credit limit as high as $300,000, as well as a comparatively affordable (as far as invite-only credit cards go) annual fee of $500. Cardholders are said to enjoy perks like access to private airport lounges, 24/7 concierge services and more.

Breaking the trend of black credit cards, the Stratus White Card is another invite-only option, commonly known as the “White Card”.

To gain access to this card one may be invited to join or nominated by an existing member, making access to this card slightly more attainable than the others on this list. Cardholders will still need to be generous spenders, with some estimates of at least $100,000 a year expected to qualify. It is also said to carry an annual fee of $1,500.

The full list of White Card benefits is not known, but there are reports it may offer travel on private jets or charter flights, 24/7 concierge services, luxury hotel upgrades and more.

Reported to be the credit card used by the British royal family, the Coutts Silk Card is an offering from UK-based private bank, Coutts.

Unlike many of the cards in this article, Coutts does list the Silk Card on its website, and allows existing Coutts clients to join if they meet strict eligibility requirements. It is said that cardholders must be ready to deposit 1 million pounds when opening their account.

The Silk Card offers access to experiences and events through its loyalty program, as well as a dedicated concierge team, complimentary room upgrades and special dining and spa deals at “over 1,800 luxury properties worldwide”.

The Coutts Concierge team is also available to help their customers’ social lives too. According to their website, “we not only provide priority access and benefits at the world’s best restaurants, our specialists can recommend local gems worth a visit in some of the world’s most popular destinations. We can secure tickets to the best music, sporting and theatre events as well, and even offer access to our own suite at London's O2.”

For Sberbank Visa Infinite Gold Card members, gold is the new black. This card is rumoured to be made from real gold and is decorated with 26 diamonds and mother of pearl to top it all off.

While eligible members will no-doubt need to meet high spending limits and earn extravagant incomes, it’s worth noting that to simply order this card you will need to spend $100,000. It takes $65,000 of that upfront deposit to make the card, with $35,000 being credited to the account.

In terms of benefits, on top of the typical access to luxury lounges and concierge teams, it is reported that cardholders are provided with $250,000 life and health insurance policies. Golf enthusiasts may also gain access to some of the top golf courses in the world.

If a jewel-encrusted, royal-family-favoured credit card isn’t on the cards for you right now, but you’re on the hunt for a premium card offering, it’s worth comparing some options available in Australia.

Two of the highest-status credit cards that don’t require an invite to be approved for include:

The big four banks in Australia also offer their own high-status, or black credit cards. While these may offer slightly less extravagant benefits as the cards listed above, they may still offer generous rewards and perks.