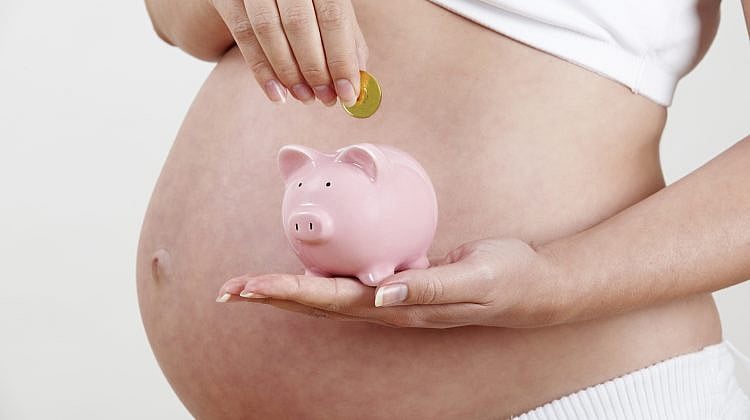 Some celebrities work their way up to a life of fame and fortune, but others are born to be stars.

Miley Cyrus, Jaden Smith, Gwyneth Paltrow and Ben Stiller are the privileged sons and daughters of celebrities who chose to pursue a career in entertainment parlaying their family’s name, and gene pool, into successful careers of their own.

While these famous offspring have been carefully guided through the ranks to stardom by watchful parents, others have notoriously bucked the trend. Having a rich and famous family did little in the early years of Drew Barrymore’s, Paris Hilton’s or Kelly Osbourne’s careers, to name a few.

It is little wonder then that there’s a growing list of famous parents keen to steer their children away from the limelight and a childhood with contracts and cash.

The latest celebrity spawn to make the headlines is the daughter of Tom Cruise and Katie Holmes, five-year-old Suri. The pair courted controversy by allowing their little “fashionista” to indulge in designer fashion, but allegedly knocked back lucrative fashion endorsement deals for their daughter.

Brad Pitt, with megastar partner Angelina Jolie, has famously vowed to keep his brood far from the bright lights of Hollywood. When asked if his children were interested in acting, Pitt said: “Not until they’re 18.”

Jessica Alba has previously said her children won’t act for a living, despite getting her start as a child actress. “I was a child actor and it worked for me, given the circumstances I was in, but I’m lucky enough to give [my children] a completely different life and an education that I never had the opportunity to have,” she said.

Given the chance, what would you do if your child was earning the big bucks? And without a recognisable last name or Hollywood pedigree how can you give your child the best start, at least financially, even if it’s off the silver screen?

Children’s savings accounts are a great way to show kids the benefits of regular saving, and many now provide interactive tools to educate children about money, setting them up early on.

However, some of the highest-rate accounts have caps on how much you can deposit, and in general higher rates can be found in online savers. So if you child is starting to earn some serious money, it may be worth putting aside the bulk of it in an online saver for them to get the highest return. Particularly if you are going to put it aside until they are, say 18, as it is important to ensure the interest earned after tax is earning them money more than the inflation rate. Otherwise a lump sum earned as a kid may be much smaller in real terms by the time they are old enough to truly appreciate it!

The ins and outs of pocket money and saving