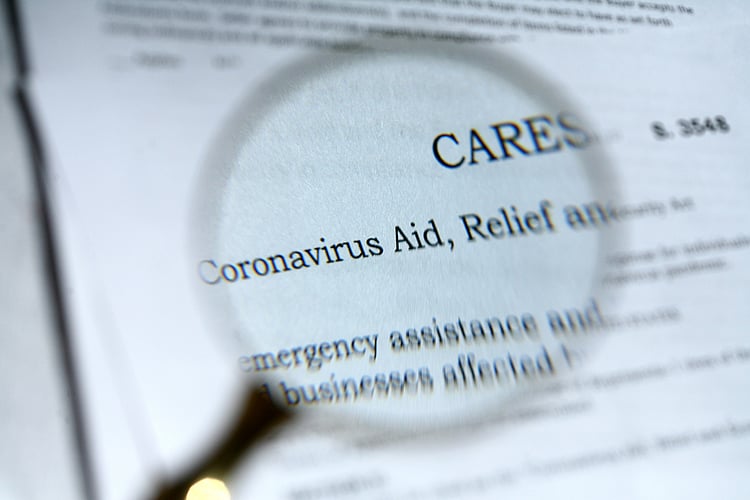 People receiving a government payment during the pandemic spent it on household essentials, including paying bills, buying groceries or saving it for a rainy day, according to new research from the Australian Bureau of Statistics.

The findings, gleaned from a phone survey of 2600 people over a fortnight in May, offer an insight into what people were spending their stimulus money on and the pandemic safety practices they were adopting, Michelle Marquardt said, head of household surveys at ABS.

“People were most likely to use the May stimulus payments to add to savings (29 per cent); pay bills (28 per cent); and purchase food and non-alcoholic drinks (12 per cent),” she said.

About 47 per cent of people under 65 years old were more likely to put the money towards their mortgage, bills and other debts, but this rose to 63 per cent if they were unemployed.

The largest percentage of people saving money were over 65 years old. About 37 per cent added the payment to their savings, while 39 per cent used it to buy food and furnishings.

The majority of Australians were helping fight the spread of the COVID-19 pandemic by adopting safe practices, the survey found.

The data generally identified more people born overseas took precautionary measures in dealing with the pandemic than those born in Australia.

“There were interesting findings comparing the actions of people born overseas and those born in Australia,” Ms Marquardt said.

In the four weeks leading up to the survey, those born overseas wore a mask at least once (42 to 20 per cent), avoided public transport (62 to 49 per cent), and purchased additional medical supplies (24 to 15 per cent).

The percentage of people receiving government stimulus payments throughout the month of March varied across the country.

Almost one in two -- 47 per cent -- of people in Tasmania received a stimulus payment. South Australia and Queensland followed at 39 and 37 per cent respectively.

The survey found 36 per cent of women received a stimulus payment compared to 27 per cent of men.

It also found Australians without a school qualification were more likely to be a recipient at 41 per cent, compared to those who had a qualification at 27 per cent.

Government stimulus scheduled to roll back

The Federal Government has announced the JobSeeker stimulus payment will begin to taper away in September, but also announced a $15.6 billion expansion to the JobKeeper payment as Victoria enters a second phase of lockdowns.

The $1100 JobSeeker payment, part of a $14 billion package scheduled over six months, is expected to taper down to $800 a fortnight in September.

The payment has been credited by banks, analysts and industry groups with helping to cushion the economic downturn brought by the sweeping COVID-19 virus, a pandemic that has brought on the most severe recession in Australia since the 1930s.

Out of the $15.6 billion extension to the JobKeeper package, about $13 billion will go to Victoria, as the state copes with the strict trading restrictions of a stage 4 lockdown.