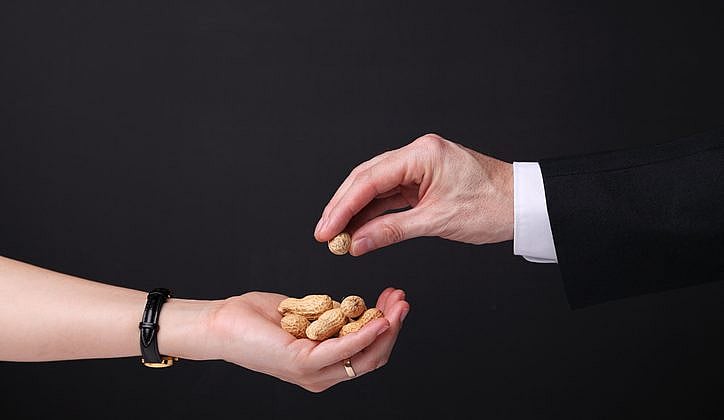 Wage growth is up – but at an historically low rate – across both the public and private sector, according to the latest information from the Australian Bureau of Statistics (ABS).

Total hourly rates of pay (excluding bonuses) rose 0.5 per cent in the June quarter 2017. ABS noted that this continued a subdued rate of wage growth recorded over the last two years.

If we explore wage growth change over the 12 months leading to June 2017, it has also risen by 1.9 per cent.

However, this is an historically low level of wage growth.

Rates have been dropping since 2011, which saw a national percentage growth of 3.8 per cent.

Why is this the case?

In 2015, the RBA released a bulletin outlining why wage growth has declined in Australia over the past few years. There are a few factors that come in to play.

Low wage growth is often observed to be associated with higher rates of unemployment.

“As slack in the labour market rises, employees become more anxious about their job security and become willing to accept lower wage growth as there are fewer opportunities for alternative employment and more competition for any given job vacancy.”

However, unemployment rates have been steadily falling in 2017, indicating that wage growth may see some improvement in the future.

When it comes to inflation, employees are concerned with the purchasing power of their wage in terms of the goods and services it affords, rather than its monetary value; i.e. “they are concerned about their real as opposed to nominal wage,” says the ABS bulletin.

“Surveys of households and unions indicate that expected consumer price inflation for the year ahead has been below average.

“Expectations of inflation of consumer prices, while generally well anchored, appear to have a cyclical component that might feed back into wage outcomes,” said the ABS bulletin.

Another factor that could be influencing Australia’s low wage growth is the end of the Australian mining boom.

The decline of trade and fall in mining investment has been linked to unemployment rates, as well as many company’s output prices.

“Higher prices for a firm’s output mean that it can afford to pay higher wages, and vice versa,” according to the ABS bulletin.