Time to reconsider your retirement plan?

New data released by the Australian Bureau of Statistics this month shows an increasing number of retirees are choosing to access their superannuation through an income stream rather than by receiving lump sum payments.

Finding additional ways to increase your super balance could help you live a comfortable post-working life. This is where making salary sacrifices comes into play.

The average net worth of Australian women in the pre-retirement phase (aged 50-64 and still working) has increased by 26.8 per cent in the past 8 years, bringing it closer than ever to that of their male counterparts.

Making sense of the super changes

After backlash from both savers and crossbenchers, the Government came to a compromise last week and shelved one of its most controversial super plans.

Last month, the ABS released new stats about the retirement intentions of Aussies and the results spoke volumes about the way Australian’s perceive superannuation.

The 2014-15 Multipurpose Household Survey revealed that 53 per cent of the 3.8 million people aged 45 years and over surveyed reported their main expected source of personal income at retirement as ‘superannuation/annuity/allocated pension’.

For women, 43 per cent relied on the ‘government pension/allowance’ and 13 per cent on their superannuation with just under half of women listing their partner’s income as their main source of financial support.

Essentially, the data shows that Australians need a major wakeup call about how they’ll fund their retirement before they actually get there. For younger generations, who began working after mandated super contributions were introduced, maybe the reality will be different. But for those currently in their middle age, with hopes for a comfortable retirement in sight, the future is not as bright.

Instead it seems that Aussies will spend longer in the work force and the average age of retirement will push up past the current 61.5 years. For single women the reality is even dimmer with only 32 per cent of women aged 45 years and over having contributed to a superannuation fund for over 20 years.

So how can those who are concerned about their super balance get ahead?

If you’ve taken a look at your super balance recently and have been underwhelmed by the amount you see, it’s time for some serious budgeting changes. The only way to get your balance looking healthier is to find some wriggle room within your weekly spending and contributing it straight to your super fund. Look at the expenses you have going out and see where you can tighten your belt strap.

Using an extra contributions calculator to figure out how much extra you will have in your super if you do make a small weekly sacrifice can help if you’re having trouble getting motivated. Try the Money Smart Super Contributions Optimiser as a starting point.  Also, looking into the benefits of lump sum contributions and tax breaks over the year is another option to help get your super balance up to scratch.

Another handy tips is to compare how your superannuation fund has performed over the last five years against other funds. This may be a deciding factor in considering a switch to a fund that has a better consistent performance rate. It is also wise to compare fees charged by your super fund with others on the market. Fees can eat into your overall super balance significantly over time so make sure you aren’t paying more than you have to.

At the end of the day, to get your super balance to a state where you can fund the retirement you are hoping for, sacrifices have to be made in the present. It’s not the most attractive option but especially for those who have taken breaks from work due to poor health or to raise children it’s a wise move for the future.

Advice contained in this article is general in nature and not specific to your particular circumstances.  Before making an investment decision you should consider your own financial situation and the relevant Product Disclosure Statement/s.  We also recommend you seek advice about your own particular circumstances from a licensed financial adviser.  Further information on superannuation can be found at: https://www.moneysmart.gov.au/superannuation-and-retirement. Retirement forecasts are estimates only and subject to a number of assumptions that may change. A change in these assumptions will change the outcome. 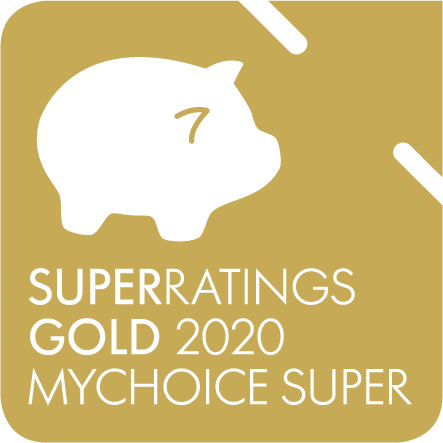 Details
How can I withdraw my superannuation?

Details
Can I take money out of my superannuation fund?

Details
How do you calculate superannuation?

Details
How does superannuation work?

Details
How much is superannuation?

Details
What superannuation details do I give to my employer?

Details
How do you claim superannuation?

Details
How do you find superannuation?

Details
What is the superannuation rate?

Details
What age can I withdraw my superannuation?

Details
When did superannuation start?

Details
Can I buy a house with my superannuation?

Details
How do you get superannuation?

Details
How long after divorce can you claim superannuation?

Details
How does superannuation affect the age pension?

Details
How much superannuation do I need?