How Australians are spending their COVID-19 superannuation withdrawal 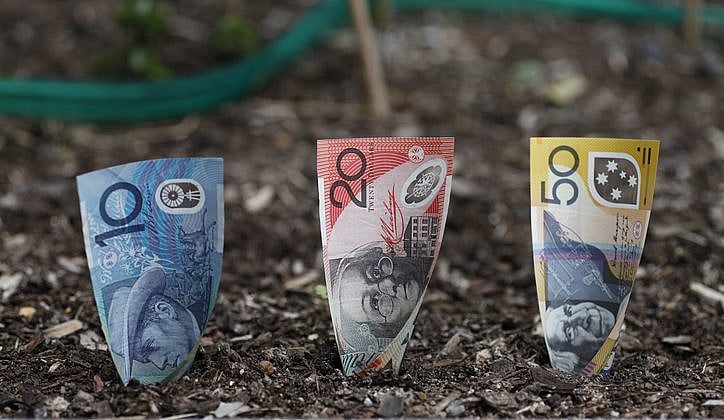 The people who dipped into their superannuation twice spent more money the second time round on groceries, paying down debt, clothing and more, according to an analysis of banking data.

Within two weeks of being granted access to as much as $10,000 of their superannuation, a relief measure sanctioned by the government to help with a loss of income during COVID-19, people were spending more money on essential items than they were on debt and discretionary purchases.

Dipping into retirement savings for a rainy pandemic

More money was accessed on average, according to data collected by APRA. Second dippers accessed an average of $8487 of their super -- about a grand more than the average first superannuation withdrawal.

The money was spent differently the second time around in two ways: more was spent on essentials -- supermarket shopping and groceries, car maintenance and petrol, clothing, etc -- and less was spent paying down debt.

Spending at supermarkets and on other groceries jumped by 65 per cent to $531-- up from $320. This was the biggest jump across all categories.

A breakdown of the banking data reveals less of this money was being spent in three areas:

The ripple caused by dipping into superannuation

The money withdrawn from superannuation -- as much as $20,000 over two applications -- won’t be working on accumulating interest. How big of a hole will be left in people’s nest egg is the subject of heated debate.

The Grattan Institute, a non-partisan think tank, recently released modelling that suggests most of the money lost will be offset by people being eligible for a higher pension rate -- in some cases.

If a 35 year old earning the median income were to withdraw $20,000 from their superannuation, their balance would be $58,000 less by the time they retired.

But the Grattan Institute claims their income would trigger a higher pension repayment, resulting in about $34,000 being subsidised, and them being out of pocket $4000.

Grattan acknowledged the loss of income wouldn’t be offset in all cases, and said “the very lowest income earners will receive less extra pension to compensate, and will have less of a cushion”.

The Labor Party, which referred the government’s early release of superannuation scheme to the auditor general, claims people aged from 20 to 35 will be out of pocket the most as they shoulder the financial burden of COVID-19.

A 25 year old who withdrew $20,000 will be from $80,000 to $100,000 worse off in retirement, Stephen Jones said, shadow assistant treasurer and shadow minister for financial services, after taking into account the cost of inflation and living expenses.

The ATO is ready to issue steep fines

The release of the superannuation payments was streamlined to help people access their money quickly, at a time when the coronavirus pandemic was causing cities across the country to enter lockdowns.

People who made a withdrawal from their superannuation when they weren’t eligible could face fines of up to $12,600, according to the Australian Taxation Office.

The money withdrawn will also become assessable income, have to be included in your tax return and have tax paid on it.

“The ATO is reviewing applications they suspect don’t meet the criteria, so now is the perfect time to own up if you think you made a mistake,” Sally Tindall said, research director at RateCity.

“You may need to pay tax on the amount you took out, but it’s likely you’ll avoid a fine if you own up.”

To be eligible for the government’s early release of superannuation scheme, you must: