How to start buying Bitcoin in Australia 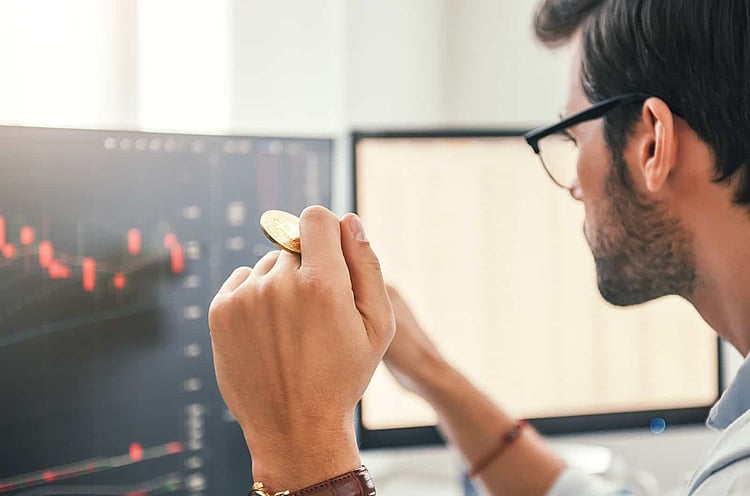 Cryptocurrency is a big area, but the real money may be in Bitcoin, even as other investments lose their appeal. How do you even get started buying bitcoin in Australia?

It's not always easy to make money from your money, and these days, it your chances seem minimal. With interest rates at their lowest in years, buying a house might be marginally cheaper, but the effect low rates have on other investment opportunities isn't remarkably kind.

Savings accounts offer little in the way of savings rates to make money from your money doing nothing, and the same is true with term deposits.

If you deposited $10K into one of the better term deposits right now for 12 months at 1.05%, at the end of a year, you'd have made a grand total of $105. Just over a hundred bucks seems like nothing. You can barely buy a nice dinner for two with that, and you can barely buy a decent pair of shoes.

So, it seems as though the whole "standard approach" to banking money and making money from idle time may not be as big of a thing anymore. That could change later in time if and when the Reserve Bank of Australia lifts rates, but for now, your savings accounts and term deposits mightn't be doing much.

If you want to make money from money, you may want to turn to alternative investment opportunities, even if these can be seen as a little more risky.

We're not going to give you the whole spiel, because if you read the news, you probably already know it: Bitcoin is going gangbusters, alongside other cryptocurrencies making a dent.

Yet of all the cryptocurrencies in the world, Bitcoin is still the most popular, used for transactions, trading and investment. A recent report found that one in five Australians owned some cryptocurrency, and given how low rates have decimated conservative ways of making money, there's probably little surprise as to why.

Cryptocurrency isn't just for investment, though. You might consider using bitcoin instead of your regular currency when paying for products online, as it's becoming quite common. Understandably, this is a great way of getting used to the legitimacy that is Bitcoin and cryptocurrencies, and how it's used in the real world, especially now that many physical businesses in Australia now accept payments by bitcoin, as well.

How do I jump on the bitcoin train and invest in crypto?

Bitcoin isn't exactly new, and while that might make you seem as a bit of a late starter, there's no time like the present. While you could always assemble the biggest computer in the world to "mine" bitcoins, most people will just buy bitcoin on a cryptocurrency exchange.

Think of this as like a regular currency exchange, but made for cryptocurrency, though it's not the only option out there.

Many cities across Australia also have bitcoin ATMs where you can convert your dollars to Bitcoin, though it's worth checking the conversion rate at the time, because one bitcoin is worth more than one Aussie peso. As it happens, a single bitcoin is worth tens of thousands of dollars, and while the rate changes, you can buy bitcoin at values of up to 8 decimal points.

Where do you store bitcoin?

Digital money is, of course, digital, and so it's a little different from the standard plastic money we might still carry around in Australia. However, if you're paying on your phone and card, your money is much less tangible than it ever has been, so you're probably more used to this than you realise. It's not such a dramatic jump in mindset when you don't really physically hold money anymore.

Even still, bitcoin and other cryptocurrencies take this a step further because you need a digital wallet. Think of it like a digital place to store this digital-only currency, like a website, an app, or even a piece of hardware. Because of the difference in storage, these digital wallets are labelled as "hot" or "cold".

A hot wallet is provided to you by a crypto exchange or a cloud-based hot wallet service, and it's basically an app. It could be something you download or a website-based wallet that comes with a service you're using such as an exchange, and transactions with hot wallets are faster than those with cold ones.

Cold wallets, however, are hardware based. It might be a USB drive or a keyring, but essentially a cold wallet is an offline wallet. Technically, these are considered to be more secure, but obviously you need to carry the cold wallet with you for it to be used.

Isn't security a problem with Bitcoin?

Regardless of how you store that digital coin -- hot or cold -- you'll want to make sure it's secure. You've probably seen the news about how bitcoin can be stolen, and owning the digital currency carries risk because of how sought after it is, and how valued it is.

Consider these good practices to keep any bitcoin you own as secure as possible and protect your money.

You should be backing up lots of things, from your documents to photos and more, but if you're jumping into bitcoin, be sure to keep a backup of your digital wallet.

Store that backup in a safe place so that you can recover it if your phone or computer ever gets stolen or hacked, because or maybe just stops working. These things happen, and the last thing you'd want is to see all that investment waste away.

Make sure you store your wallet password in a way so that you'll know it even if you haven't accessed it in years. And don't make it the worst password ever, because that's just looking for drama.

While a hot wallet is online, a cold wallet is not connected to the internet and offers much higher security.

Granted, you need to make sure you don't lose the drive, but as long as you keep it in a familiar place, it should be good. Plus you could use a cold wallet and also keep your bitcoins backed up with encryption for added security.

How to start buying bitcoin

Once you've worked out where you'll hold your coin, it's time to look at a place to trade in that regular Australian money for something a little more valued, or even something that's changing in value.

Cryptocurrencies such as Bitcoin are quite literally always changing value, as they're valued based on product and demand. It's not quite like a stock exchange, but there's a similarity worth pointing out, because the more people who want to buy crypto, the more it increases in value overall. That means waiting time -- be it a second, a minute, an hour, or a day -- can have a dramatic impact on the price for which you pay for Bitcoin in Australia.

Buying it is a different matter altogether. One of the easiest ways to get stuck into buying crypto of almost any kind is to check out the various exchanges available to you. Some crypto exchanges are in Australia, while others again are found in other parts of the world, but because money is money, it doesn't really matter where you buy crypto. You can buy Bitcoin with Australian dollars or Bitcoin with US dollars, and you'll see an exchange rate granting you however much you're buying, minus what is usually an exchange commission of sorts.

Once you have some, it's yours to monitor and track the progress of, and maybe even to spend and make some money on. Save it and track it over time, and you might even be the next Bitcoin billionaire.