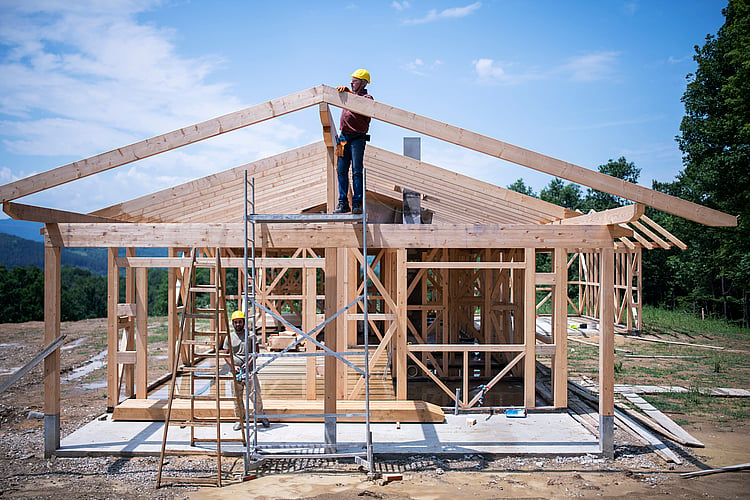 Home loan commitments were up by more than 25 per cent for the year, according to new data, largely driven by first time property buyers and owner-builders.

The uncertainty caused by the COVID-19 pandemic was not enough to halt people from signing mortgage papers as borrowers spent $22.5 billion on new loans in September, a monthly increase of 5.9 per cent, the Australian Bureau of Statistics (ABS) said.

First home buyers and owner builders were credited with driving much of the surge, presumably due to the government stimulus measures in place including HomeBuilder and the First Home Loan Deposit Scheme.

“For example, it is likely that the Homebuilder grant is contributing to increased demand for construction loans.”

About half of the $17.3 billion spent on owner occupier loans were for the construction of new homes, the ABS said, while about 35 per cent of applications were filed by first home loan buyers.

The federal government claimed its $680 million Homebuilder scheme was behind the lift in home construction projects during the rough months of the COVID-19 pandemic. It is estimated it would support 27,000 projects.

“Across the board the construction industry is saying that Homebuilder is delivering for Australia’s tradies and home buyers, which is driving stimulus in the economy at a time it’s needed most,” Michael Sukkar said, minister for housing.

A couple of states experience falls

People were signing mortgage papers in higher numbers across the country -- except for Victoria and Tasmania.

Owner occupier home loan commitments fell by 8.8 per cent in Victoria, largely owed to the stage 3 and stage 4 lockdowns that had restricted the state until recently.

Government stimulus credited with the lift

The clock is ticking on the federal government’s Homebuilder stimulus, a $25,000 grant intended to spur construction projects in costing from $150,000 to $750,000 during the pandemic.

The Housing Institute of Australia (HIA), the body representing the home building industry, said loan commitments are expected to be strong in the coming month before waning off.

“Homebuilder has been successful in creating work on the ground in the December quarter,” Tim Reardon said, chief economist at HIA.

“This new work entering the pipeline will offset the significant declines observed from March as restrictions were announced and will ensure a stable supply of new building projects.”

The Property Council of Australia (PCA), a lobby group representing property developers and owners, is campaigning to have the government stimulus scheme extended.

“As successful as this measure has been, housing construction is still facing a second cliff in 2021 as flat population growth kicks in,” Ken Morrison said, chief executive of PCA.

“It would make a lot of sense to extend Homebuilder to the end of the financial year to keep this momentum going until net overseas migration can return as a traditional driver of activity.”

There’s a chance Homebuilder could be extended

The Federal government has not ruled out extending the Homebuilder scheme, which is presently scheduled to expire on 31 December.

“A scheme that’s working well, that’s supporting the industry … all of those factors go in favour of the program,” Mr Sukkar said, in an interview last month.

About 11,367 applications for the homebuilder grant were received by state and territory revenue offices as of 9 October, since the initiative’s introduction in early June.

Of them, 800 of these applicants have received the $25,000 grant, Mr Sukkar said, as it is dispersed after certain construction milestones have been reached.