What are payday loans? 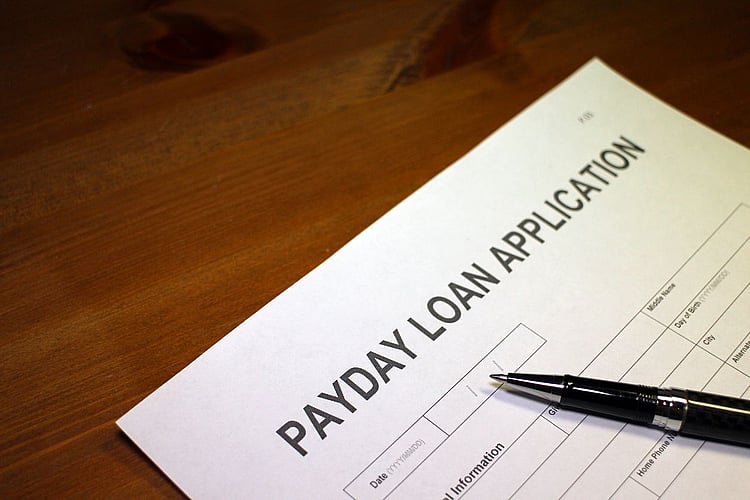 Payday loans, also known as cash loans, small loans, micro loans and short-term loans, are sometimes used as a short-term solution for cash-strapped individuals. They are amounts of up to $2000, with loan terms of up to a year, and have historically attracted very high fees. They have incurred the wrath of both government and lending watchdogs for the extraordinary amounts consumers have been known to repay. Sometimes it’s up to a few hundred per cent of the original borrowing amount. As such, they should be viewed as loans of last resort.

Why do people take out payday loans?

What is the problem with payday loans?

According to an Australian Securities and Investments Commission investigation, “consumers of payday loans were charged costs that, given their financial position, put them at risk of an ongoing cycle of disadvantage that reduced the potential for financial and social inclusion”.

The charges associated with payday loans are often extraordinary. In one instance, reported by ASIC, a consumer was charged more than 800 per cent interest on a washing machine, which meant they spent more than $3000 on a product worth little over $300.

Has anything changed to make payday loans safer?

In the last couple of years, an increasing number of provisions have been introduced to try to protect consumers from predatory lending practices, such as restrictions on very short loan terms, restrictions of multiple loans in a 90-day period and the addition of new warnings and disclosures. Lenders can now charge a maximum of 20 per cent as an establishment fee and 4 per cent a month on the loan amount. However, that is still significant and the onus is on the consumer to be prudent about the suitability and dangers associated with payday lending.

Below are a couple of examples of how much a shorter and a slightly longer term payday loan could cost:

Bob had several overdue bills and didn’t get paid for another three weeks. He had received repeated warnings and opted to get a payday loan after the water company threatened to disconnect him. He took out a $400 loan with a 30-day term. He was charged 20 per cent upfront – or $80 – and $16 in monthly interest at 4 per cent a month. He had to make three payments of $165.33. In total, he had to pay back $496 – $96 more than he borrowed.

Wendy had to move house and needed $2000 to cover her moving costs. She opted to take out a payday loan for the aforementioned amount and decided to pay it back over a year. She was charged the maximum fees her payday lender was able to charge. That meant her establishment fee was $400 at 20 per cent and her monthly fees were $960 over the course of the year at 4 per cent per month. Each fortnight, she would have to pay back $129.23 and in total she would have to pay back $3360.

Given the high interest rates and fees associated with payday loans, prudent borrowers should explore alternatives before going down the path of cash loans. Here are some other options that are sometimes explored before cash loans:

Where to get help?

If you are having financial difficulties, there are always places to turn for help. As a starting point, call the National Debt Helpline on 1800 007 007, which is open Monday to Friday between 9.30am and 4.30pm and is free. More support is available here.

This article was reviewed by Peter Arnold before it was published as part of RateCity's Fact Check process.