Credit Union SA was formed in 2009 with the merger of two South Australian credit unions, Satisfac and Powerstate.

It can be a serious matter to receive a poor credit rating and be black-marked as a poor credit risk, especially if you are looking to take out a mortgage or loan in the future. 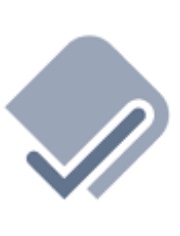 Is it better to take out a personal loan or use my credit card?

If you have some large expenses, or are interested in making some major purchases, you may need to consider your credit options to get the finance you need. Two popular options for borrowing money are credit cards and personal loans, but working out which one is the better choice can depend greatly on the nature of your expenses, and how you plan to pay them back.

The next time you need money, you will probably think about getting a personal loan or a credit card. Naturally, the main question revolves around which of the two is cheaper.

Australians may be missing out on saving thousands because they are turning to their piece of plastic for their borrowing needs - instead of comparing low-interest personal loan options.