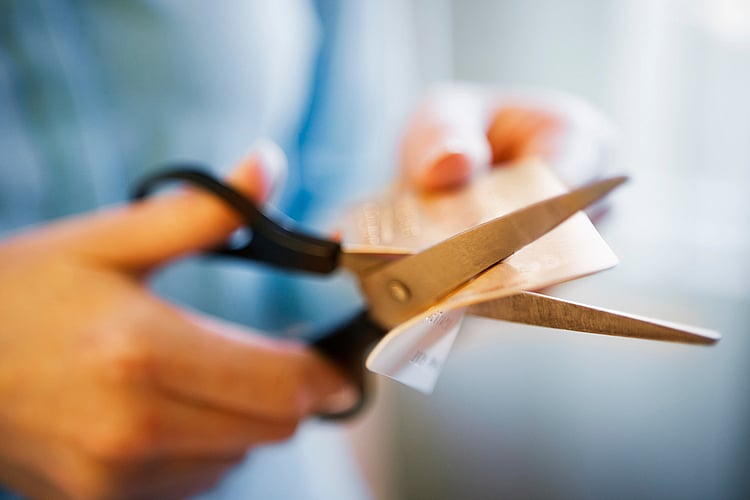 Australians have started 2021 paying $149 million off their credit card debt and taking the scissors to their cards.

Many Australians put their wallets away in January after an expensive holiday season, with the value of credit card transactions down $5.32 million from December, a 22 per cent decrease in original terms.

The number of credit card accounts also declined, with more than one million closed year-on-year, hitting the lowest number since June 2007.

As expected, debit card spending also dropped after Christmas, with transactions down $7.05 billion month-on-month to $33.81 billion on personal cards in original terms.

However, compared to the same time last year, the value of transactions rose $3.76 billion.

RateCity.com.au research director, Sally Tindall, said it was good to see Australians getting back on track after two consecutive rises in credit card debt.

“It’s positive to see many Australians starting the year clearing some of their Christmas debt, although with over $20 billion still attracting interest, there’s a long way to go,” she said.

“At the end of last year, the rate at which people were closing their credit card accounts looked like it was starting to plateau. However, in January there was another rise in the number people closing their accounts, reigniting the exodus away from credit cards.

“While Australians tightened their belts in January after the usual Christmas splurge, overall spending on debit cards in particular was significantly higher than this time last year, another sign the economy is back on track.

“If you’ve got credit card debt attracting a double-digit interest rate, consider switching to a cheaper card or transferring your debt to a low-rate personal loan.

“While the average credit card rate is 17.43 per cent, there are 15 credit cards with interest rates under 10 per cent, including two of the big four banks,” she said.

If you're struggling with credit card debt, now may be the right time to consider making a plan to pay it off once and for all. Here are some tips that may help you lower your outsanding credit card balance: