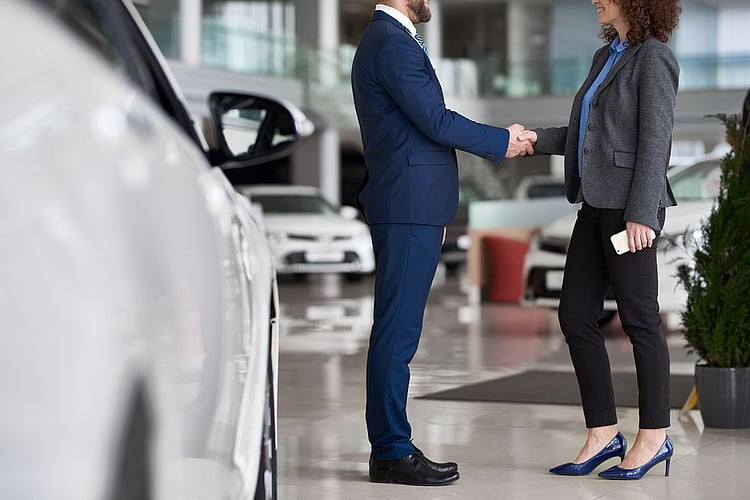 Australia’s love for the 4WD could not slow down the car industry’s two year sales slump, new data reveals, but more than a dozen banks have made buying a car a little easier by cutting interest rates.

The car industry has been struggling with sales for more than two years, but the compounding effect of restrictions brought about by the coronavirus may have exacerbated sales further, according to the industry’s association.

“We’ve seen 29 consecutive months of diminishing sales in this industry, and there’s no doubt our members are feeling the pinch,” Tony Webber said, chief executive of the Federal Chamber of Automotive Industries.

“... It is particularly difficult for our members and their Victorian dealer networks under the current Stage 4 Restrictions, and this is reflected in the reduced sales figures.”

August’s sales fell 28.8 per cent to 60,986 vehicles, when compared to the same period a year earlier, and it contributed to a decline of 20.4 per cent in sales since the beginning of this year.

The results were released a day after the Australian Bureau of Statistics confirmed Australia is in the midst of a stinging recession, where the national economy contracted by 7 per cent -- the largest contraction since the 1930s.

Toyota topped the sales list, but 4WDs were the big winners

Whereas sales of passenger cars fluctuated, appetite for 4WD vehicles proved to be more resilient. More than half of all cars sold were 4WDs for the second month in a row, the FCAI data revealed.

Out of about 61,000 vehicles sold in the month of August, including light and heavy commercial vehicles, more than 32,000 of them were 4WDs, according to the Federal Chamber of Automotive Insurance (FCAI).

July new car sales tell a similar story. Out of the 72,500 vehicles sold, 4WDs accounted for fractionally more than half selling more than 36,500. Toyota’s recently released RAV4 proved to be the top selling car in July, according to data from the analysts at IBISWorld.

4WDs are not the only car category growing in popularity. Electric vehicle sales trebled in 2019 -- although from modest numbers -- and are on track to equal the sale performance this year despite the COVID-19 pandemic, the Electric Vehicle Council said.

Health restrictions instituted due to the COVID-19 pandemic resulted in the industry selling less cars generally across the country, FCAI said.

Car makers and dealers sold 8347 cars in Victoria during the month of August, FCAI said -- a drop of 65.9 per cent compared to the same period a year earlier.

New South Wales, the largest car market in the country, sold 23,431 cars, representing a drop of 16.3 per cent compared to the same period a year earlier.

The Australian Capital Territory performed strongest. About 1312 cars were sold in the month of August, representing a rise of 0.4 per cent compared to the previous year.

The industry should reopen as soon as practicable, Mr Webber said.

“While we have the utmost respect for essential health priorities, the automotive industry supports the re-opening of our economy under appropriate COVIDSafe protocols,” he said.

The tumble in sales coincides with more than a dozen banks slashing interest rates on car loans, according to an analysis by RateCity.

Of the 95 lenders in the RateCity database selling car loans, around 14 of them have cut interest rates within the last three months, likely lowering the cost of servicing the finance.

The rates dropped by an average of 0.76 per cent, the analysis found, and they come as the COVID-19 pandemic exacerbates a car industry that’s already struggling -- further transferring bargaining power from carmakers and towards buyers.

These rates are lower than what’s on offer from the big four banks, as of the time or writing. In comparison, Commonwealth Bank is offering car loans from 6.99 per cent, followed by Westpac at 7.49 per cent, according to the RateCity database.