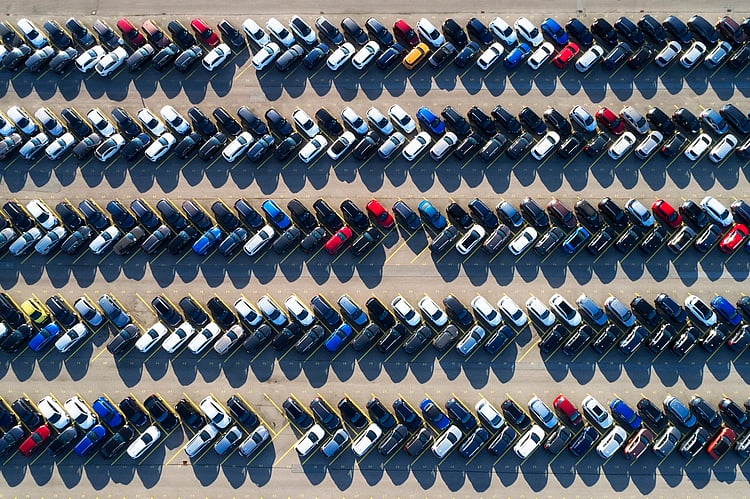 New car sales have passed a grim milestone, but the industry is hopeful the government’s relaxing of lending criteria could help turn their fortunes.

For 30 straight months, sales of new cars have been on the decline.

September’s figures helped solidify the already clear trend. About 68,985 new vehicles were sold, according to the Federal Chamber of Automotive Industries (FCAI) -- a drop of 21.8 per cent compared to the same period a year earlier.

The weakened demand for new cars could present an opportunity for shoppers still in the market, shifting bargaining power away from dealers and towards them, especially as used car prices have ballooned since the dawn of the pandemic.

Changes could turn the tide

Momentum in car sales could turn as coronavirus restrictions are relaxed and red tape is cut, Tony Weber said, chief executive of FCAI.

“We are seeing COVID-19 health restrictions across Australia, and particularly in metropolitan Melbourne, continue to ease,” Mr Weber said.

Victoria’s second lockdown had a notable impact on new car sales. The state recorded 10,477 vehicle sales in September, a drop of 57.7 compared to the same month a year earlier.

Some states showed growth -- including the ACT, Northern Territory and Western Australia -- but the gains weren’t enough to clot the bleeding.

Treasurer Josh Frydenberg announced the rules requiring banks to make sure a person can afford to repay their credit could be scrapped in controversial changes intended to make borrowing money easier.

“It will restore balance to the system after 10 years of regulatory creep that has seen the pendulum swing too far away from borrower beware to lender beware.”

The change could not come at a better time for the embattled Australian new vehicle market, Mr Weber said.

“As we strive to recover from the COVID-19 pandemic, a more efficient flow of credit to consumers and small business will be a strong stimulant to the economy.

“This is particularly true of the automotive sector in Australia, which has recorded some of its lowest sales ever during 2020.”

Responsible lending obligations (RLO), introduced after the GFC, prohibit financial institutions from selling, suggesting or helping a borrower sign a credit contract if the product is “unsuitable” for them, according to the Australian Securities and Investment Commission (ASIC).

They place the obligation on banks to inquire, verify and assess a customer’s financial situation before granting them a credit card, a personal loan or a mortgage, among other kinds of credit.

The announcement to scrap the safeguard was widely condemned by consumer groups and hailed by businesses.

Used car values jumped by 25 per cent since the beginning of the year, according to Moody’s Analytics Price Index, spurred by a drop in supply, a lift in demand and the lockdowns instituted to contain the COVID-19 pandemic.

SUV prices surged by 32 per cent over the previous year, bolstering the rise in used car values, while passenger cars increased by 23 per cent.

The COVID-19 pandemic has seen people move away from public transport, Michael Brisson said, a senior economist and associate director at Moody’s Analytics.

“There has been a shift towards personal transportation in place of ride-share services, public transportation, and air travel,” he said.

“This change in preference has been in response to fear of contracting the virus or, in some cases, not wanting to deal with the hassles of increased precautions.”