5 reasons why you should buy a car in December 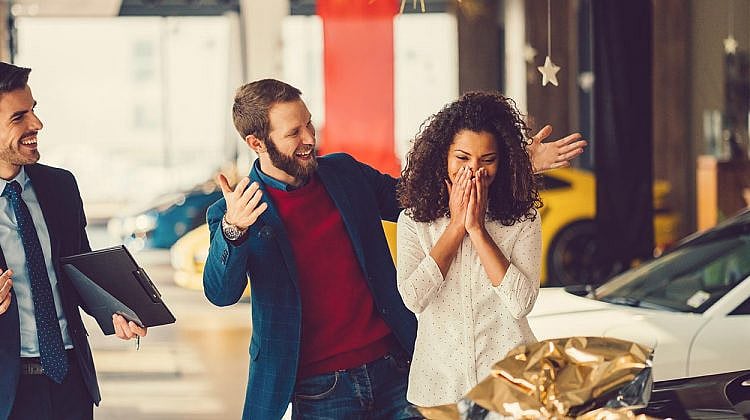 New year, new car. It makes sense. After all, everything becomes cheaper after Christmas, doesn’t it?

You might be surprised to learn that cars are an exception to this rule. Often, buyers score lower prices in December than they do in January, for both new and used models.

If you’re planning to get a new set of wheels in the near future, here are five reasons why you might want to make your purchase in December.

The closer they get to the end of the year, the more willing they are to drop their prices – even sell at a loss.

Once we get into January, dealerships will start taking delivery of 2019 models, which will make their 2018 equivalents look so last year.

Imagine, for example, you saw a 2019 Toyota Hilux and a 2018 Toyota Hilux on the same lot – the 2018 version would immediately seem inferior and thus less valuable.

So if salespeople know that new Hiluxes are coming in January, they’ll do everything they can to offload the old Hiluxes in December – including lower their prices.

3. Dealers need to get rid of discontinued models

While some models will be updated in 2019, others will be discontinued.

The perceived value of discontinued models drops fast, which plays into the hands of bargain-hunting buyers.

Dealers know that if they don’t sell discontinued models in December – while they’re still current – they may not be able to sell them in the new year.

Dealerships tend to receive fewer visitors in December, given that a lot of Australians are more focused on Christmas shopping or heading off for the holidays.

That makes life harder for salespeople, which in turn makes them more willing to do deals.

The reduced foot traffic in December also forces dealerships to fight harder with each other for their share of a smaller pie.

As a buyer, if you quote a lower price at another car yard or threaten to take your business elsewhere, the salesperson will feel under pressure to give you a better deal.

When is the best time to buy a car?