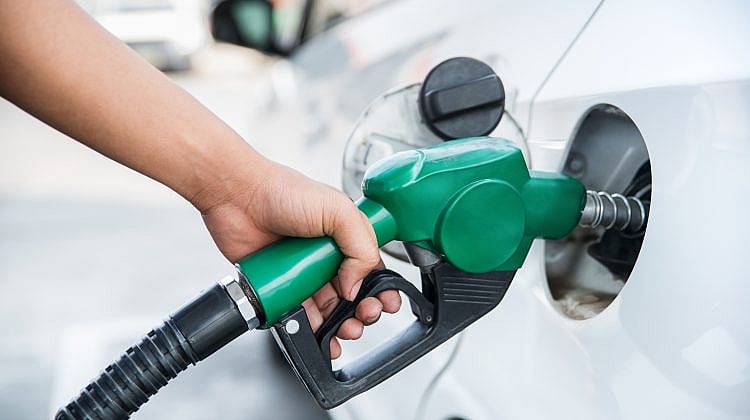 The cost of living is rising, and it’s not just because avocados are expensive: fuelling your car is getting pricier, too.

It’s not just you: costs are rising, and chances are getting around the day to day is affecting your budget as well.

That’s the news coming in from the Australian Automobile Association (AAA), which has taken a look at the rise of transport costs over the past year in its quarterly Transport Affordability Index, revealing that the average Australian metropolitan household is spending $736 more on transport compared with a year ago, with the cost rising $172 from the prior quarter.

If you live in Sydney, the AAA reports that you’re spending closer to $432 per week or around $22,445 per year, while Hobart sits at the lowest rate, managing $301 per week or $15,625 per year. Regional Australia is spending much less than every Australian capital city, with an average of $14,633 spent yearly on transport in regional Australia.

Some of the key points from these raises have come from where payments have risen, including a continued increase in fuel prices, insurance premiums rising, car loan payments going up, and a higher cost on tolls, not to mention roadside assistance costs. Even public transport has been hit with rising costs, occurring in Sydney, Adelaide, and Perth.

There have been some improvements, with cost falls in Sydney due to the NSW Toll Relief Scheme, which affected the cost of Compulsory Third Party Insurance, driver’s license fees, and vehicle registration. However while the cost has dropped in Australia’s largest city, it’s still fairly high, just behind Canberra and Perth for vehicle registration.

What is compulsory third-party insurance?

Do I need good credit to get a car loan?

You don’t need good credit to get a car loan, although the worse your credit history, the harder and more expensive it’s likely to be.

If you don’t have good credit and want a car loan immediately, you can search for lenders that work with bad credit borrowers. If you are able to wait, you can work to improve your credit score and then apply for a car loan once you have good credit.

Bad credit car loans are legit, although not all lenders and products are created equal.

Some car loan lenders refuse to do business with borrowers who have bad credit histories, but there are others that are willing to provide bad credit. There is a catch, though: some bad credit lenders are disreputable, while some bad credit loans have extremely high interest rates and fees.

That’s why it’s important to do your research and compare bad credit car loans before you submit an application.

What is credit history?

Credit providers refer to your credit history when deciding whether or not to extend you credit. Missing repayments is a bad sign; making too many applications or having applications rejected can also be a bad sign.

Credit infringements can remain on your credit history for five years – or seven years for serious infringements.

What is a refinance?

A refinance is when you swap one car loan with another. For example, you might take out a car loan with Lender X because it is the best on the market at the time – but two years later, you might switch to Lender Y because you discover that it now has the best loan. Conditions and fees often apply when you refinance.

What is a redraw facility?

A redraw facility allows you to re-borrow any funds you may have repaid ahead of schedule – although conditions and fees often apply. Not all car loans come with a redraw facility.