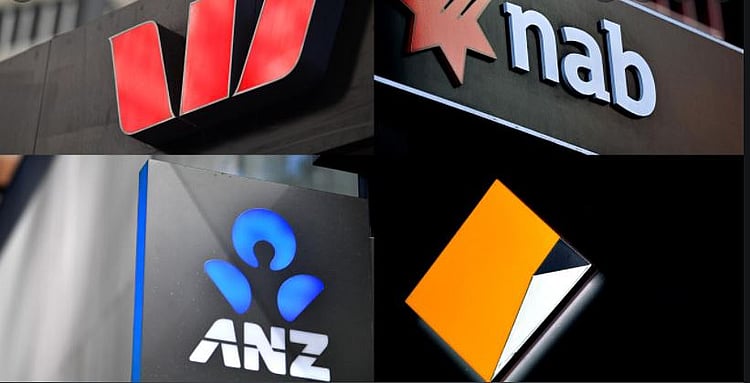 Australia’s four biggest banks – ANZ, Commonwealth Bank, NAB and Westpac – hold more than 90 per cent of Australia’s mortgage market… but they aren’t the only game in town. Before choosing a home loan, it’s important to compare a variety of options and consider which mortgage deals may best suit your financial situation.

How much of Australia’s mortgage market is held by the big four banks?

As reported by the ABC in May 2022, EY analysis of the big four banks’ 2022 half-year results found that the big four's $1.87 trillion share of home loans makes up the bulk of the nation's total housing loans, which is worth almost $2 trillion all up – that’s 93.5 per cent of all home loans in Australia.

Additionally, the big four also own several smaller mortgage lenders, such as:

Who are the big four’s competition?

While the big four and their subsidiaries play a major role in Australia’s mortgage market, there are other banks, large and small, that also compete with them. This includes Australian banks such as Suncorp, AMP, Bank of Queensland, and Macquarie, as well as international banks such as HSBC.

It’s not just the big four banks that own other subsidiary lenders:

These financial institutions may include local banks, credit unions and building societies, though many have rebranded as banks in recent years. Customer-owned banks put their profits back into providing services for their members, rather than shareholders.

Several customer-owned banks focus on providing financial services (including home loans) to residents of a local area, or to Australians working in specific professions (e.g. police, teachers, nurses, defence etc.), though many also accept memberships from the general public.

Some of the newest competitors to Australia’s big banks are online-only banks. By operating without branches, these lenders are able to save on running costs, and pass these savings on to customers in the form of lower interest rates and fees.

Some online lenders can be contacted online (by chat or email) or by phone. A few fintechs and neobanks operate almost exclusively via smartphone apps, putting your home loan’s details literally at your fingertips.

What’s the best choice for my home loan?

Your household’s financial situation and your personal goals could make a big difference to what type of home loan provider will be the best choice for you.

Australia’s banks, large and small, may offer a variety of home loan options, catering to owner-occupiers and investors. Some may also offer low doc home loans for freelancers, contractors, and small business owners who may not be able to provide the paperwork normally required for a mortgage. And while you may not always get the lowest interest rates or fees, you may be able to enjoy other value-adding features, such as options for extra repayments, redraw facilities, and offset accounts.

Customer-owned banks and other non-bank lenders may also be able to offer a variety of competitive home loan options. There may also be other benefits to consider, especially if you’re part of the bank’s local community, or work in the industry that the lender specialises in.

Online-only lenders and fintechs may be in a position to offer very competitive interest rates and fees, as they don’t have to cover the costs of maintaining branch networks. That said, these loans may only be limited to specific customers, such as borrowers who are refinancing existing home loans, meaning first home buyers and investors may need to look elsewhere.

Overall, it’s important to compare home loans before selecting a mortgage deal, and to consider which options may best suit your financial situation before making your final decision. If you’re not sure whether a big bank or an alternative lender may be the best choice for you, you could consider contacting a mortgage broker.