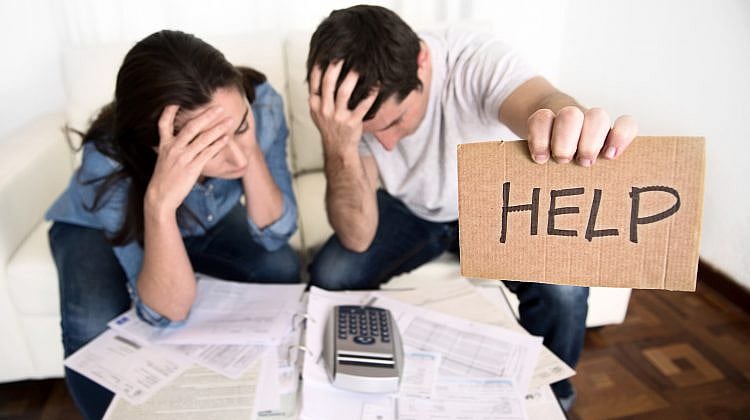 RateCity's content and research team is currently in the process of updating this article, and bringing the information in line with modern standards. Stay tuned for an amended resource in the coming weeks.

With Australia’s household debt-to-income ratio being one of the highest in the world, individuals and families are finding it harder than ever to keep up with their repayments.

Australians have debts across multiple sectors: home loans, car loans, personal loans, credit cards and more. Because the interest rates of all these debts vary, and because people can find it hard to manage multiple payments, some people are attracted to the idea of ‘debt consolidation’.

Debt consolidation is marketed as rolling all your debts into one debt, and paying this off in regular instalments. The idea of simplifying your repayments is good in theory – however, in practice, there are several issues to be aware of.

First and foremost, the term ‘debt consolidation’ has a definition that has changed over time. It used to refer to a debt consolidation loan where the aim was to get finance to cover all your outstanding debts and then to make one payment each month to pay these debts off.

4 steps to repair your credit history

How to fix credit problems

So, what exactly is a Part 9 Debt Agreement? Debt agreements are a legally binding type of personal insolvency, separate from bankruptcy, for those debtors with relatively small debts, low incomes and little property. The maximum amount of unsecured debt that you can roll into a debt agreement is currently $113,349.60.

Debt agreements now account for over one-third of all personal insolvencies in Australia.

Debt agreements are set out fully in Part IX (9) of the Bankruptcy Act 1966, and while they are not the same as becoming bankrupt, they have similar serious consequences to becoming bankrupt.

The first consequence is that you have committed an act of bankruptcy when you enter the debt agreement. That means your name will be entered on the National Personal Insolvency Index (NPII) for five years. This is a public and permanent electronic record of all personal insolvency proceedings in Australia.

Another serious consequence is that your debt agreement will be recorded in the Public Record section of your credit file for at least five years, and longer if things go wrong. Your credit score will be reduced to -999 or 0, depending on which credit file you’re looking at. You will not be able to go for finance at a normal interest rate until it comes off your credit file, five years later. While it is not discharged, it will be almost impossible to go for finance at all; when it is discharged, you may be able to get some finance, but at a higher interest rate. It is worth consulting a trusted finance or credit repair professional before you apply for any credit after you’ve got one of these agreements.

Another thing to consider is debt agreements only deal with unsecured debts up to the value of $113,349.60. Unsecured debt is debt that does not have specific property (like a house or car) serving as security for the payment of the debt. You will still need to make payments towards any secured debts like your home or your car.

How to take out a Part 9 Debt Agreement

Taking out a debt agreement is relatively straightforward, if your information is in order and you fall within the relevant thresholds. Here are the steps:

Here’s an example of how a debt agreement works.

The administrator would then deduct the following fees:

This huge financial incentive for administrators has led to some unethical practices in the industry.

Many of the agreements we see are not appropriate for the client’s circumstances.

Most of the people we speak to did not realise how these agreements would impact their credit report and prevent them from accessing finance for a five-year period.

Where debts are low, there are much better ways to negotiate with the companies you owe money to – including entering hardship variations on each of your accounts – and thereby stopping enforcement action.

Another viable alternative to debt agreements are informal arrangements whereby you have an accountant, credit repair specialist or financial counsellor negotiate an agreement with your creditors that involves you paying a percentage of your debt.

This will achieve the same result as a debt agreement but will avoid any negative data being listed on your credit report and will also avoid you paying exorbitant fees. We think it is better to put that money back into your hands.

If you have already entered a debt agreement, there is always the possibility that a credit repair specialist or financial counsellor can work to vary your debt agreement in circumstances where your situation has changed (for example, if you’ve lost your job). This could save you thousands of dollars and avoid your debt agreement being terminated because of non-payment, which would affect your credit report indefinitely.

One of the first ways to fix your credit problems is to stop applying for any type of finance. Wait for six to 12 months and then proceed. The longer the period of time away from your most recent enquiry, the better and the more favourable your score will be. Also, the more attractive you’ll be to future lenders. Click here to read more.

Don’t get pressured into entering a Part 9 Debt Agreement

To sum up, there are a lot of debt consolidation companies that are selling Part 9 Debt Agreements. They enter people into these agreements for as little as $7,000 worth of debt – with serious consequences for the people involved.

Debt consolidation companies charge large fees to set up these agreements (on top of the government fees). If you decide to go down this road, it pays to shop around and find the lowest fee you can. Even better, there are organisations that will do it for free.

One thing credit repair companies see regularly is how people’s financial position can completely change after they enter a Part 9 Debt Agreement – usually this change happens in two or three years, but sometimes within just a few months. Once somebody’s position has improved, they want to get some finance and repair their credit history. But debt agreements, like bankruptcies, cannot be removed from a credit file. Also, finance is almost impossible to get at a regular interest rate, if at all.

So, don’t rush into a Part 9 Debt Agreement. Don’t give in to high-pressure sales tactics.

Instead, do your research. Make sure you exhaust other alternatives before taking out the agreement. Alternatives include:

Most ethical credit repair companies would never encourage anyone to go down the path of a debt agreement as a form of debt consolidation.

Dr Merrilyn Mansfield is the lead adjudicator and researcher for Princeville Credit Advocates. She is fascinated with the consumer laws that relate to credit reporting and in advocating for a consumer’s right to a correct credit report. She is in her final year of law. For more information call 1300 93 63 63.

Carmel Mansfield is a credit file specialist at Princeville Credit Advocates, currently working with clients to improve their credit score. She has also worked in complex case management at Princeville since 2010. She holds an economics degree from the University of Sydney and is a passionate consumer advocate.