What Trump's victory could mean for Aussie house prices 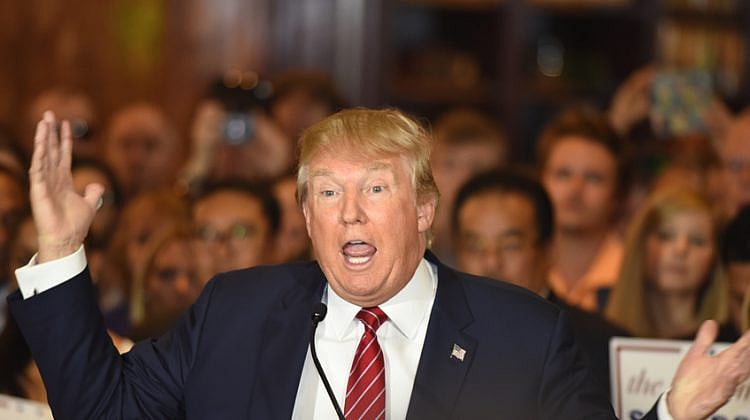 As the world digests Donald Trump’s surprise presidential win, attention has turned to the local impact on investment markets, including housing.

Many home-owners and prospective home buyers may be wondering whether the property mogul could lift Australian house prices.

The logic goes something like this: when investment markets look volatile, investors look for safe havens. The price of gold broke through the US$1300 an ounce mark yesterday, while US treasuries rose 10 points.

“Trump’s victory is seeing a resumption of “risk off” with shares likely to fall 5% or so (both in the US and globally – although Asian and Australian shares have already reacted to some degree) and safe havens like bonds and gold rallying as investors fret particularly about his protectionist trade policies triggering a global trade war,” said Shane Oliver, head of investment strategy at AMP Capital, in a research note.

If a trade war were to erupt, it could encourage the RBA to cut interest rates again, but not until next year, he added.

Property is a slower-moving market, but the speculation is investors could move their money from shares to property as they wait to see the fallout.

It’s worth noting during his campaign, Trump hinted he would loosen lending standards, which could lift demand for US property, which would reduce affordability.

What does this mean for Australia?

REA Group chief economist Nerida Conisbee told Realestate.com.au it could spur US investors to look to other property markets.

“People in the US are likely to look to look to safe haven markets – Australia will be a beneficiary of this as it is considered to be one of the safest markets in the world,” she said.

If Australia becomes more appealing to foreign buyers, there’s a likelihood property prices will increase even further than they have, which will inevitably put pressure on first-time buyers.

However, the message from professional investors, like Dr Oliver, is not to panic yet. He noted the Brexit sell-off was a brief affair and the Trump aftermath may be similarly transient.

Kate was one of RateCity's Personal Finance Commentators. She has been a journalist for more than a decade, most of which has been spent writing about money. Most recently, she was the Australian Financial Review's personal finance correspondent. She is passionate about personal finance and women's independence.