The Australian suburbs where mortgage repayments are cheaper than rent 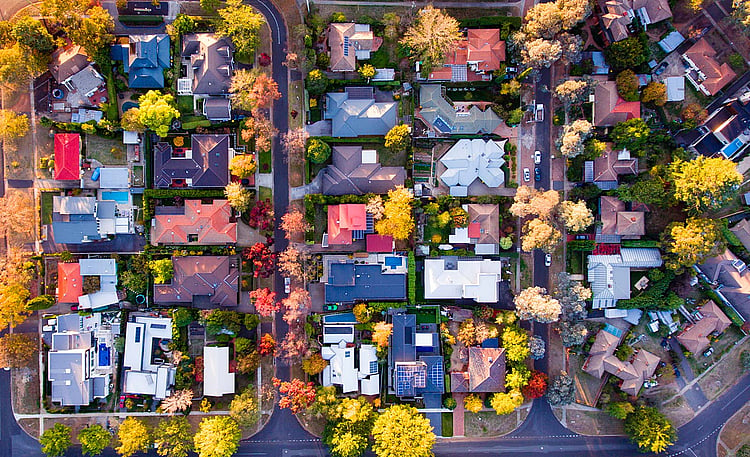 Historically cheap home loan costs and a sluggish property market are leading to mortgage repayments that are more affordable than paying rent in many cases, according to Aussie Home Loans’ Buy vs Rent report.

The report, commissioned by Aussie and compiled by CoreLogic, used Reserve Bank of Australia figures to calculate two principle-plus-interest mortgage scenarios over 30 years on median-price properties across the country.

On variable rate loans with interest at 3.65 percent, it was cheaper to service a mortgage on 33 per cent of houses and 38 per cent of apartments than rent, the report found.

And on loans where interest is fixed at 2.35 per cent for three years, it was cheaper to service a mortgage on 52 per cent of houses and 60 per cent of apartments than to pay rent.

“In many suburbs across Australia, especially those outside the major capital cities, on a monthly basis, it is cheaper to buy than rent,” James Symond said, chief executive of Aussie Home Loans.

“Why pay your landlord when you could potentially pay the same amount – or less monthly – on a place you can call your own?”

There’s a growing number of banks offering interest rates lower than the figures used in the Aussie Home Loans report, making it possible to save even more money by buying a property rather than renting.

According to the RateCity database, 31 lenders are offering -- or are scheduled to offer -- at least one mortgage rate under 2 per cent, following last week’s historic cash rate cut.

Reduce Home Loans is offering the lowest variable rate loan with an interest rate of 1.77 per cent -- less than half the rate Aussie used for its modelling.

Bank First is offering the lowest interest rate on loans fixed for three years at 1.99 per cent. This is about 0.35 per cent less than the interest rate used in Aussie’s modelling.

Where are mortgage repayments cheaper than rent?

Whether or not mortgage repayments were cheaper than rent in capital cities depended largely on the city -- and on the mortgage scenario used.

In most cases, it was still cheaper to rent than to repay a mortgage on properties in Sydney and Melbourne -- even though their values dropped by single digits in the six months to September 30, according to the report.

Mortgage repayments on houses were more affordable than renting in 5.3 per cent of Sydney suburbs under the three-year fixed rate scenario. For Melbourne, this was the case in only 1 per cent of suburbs.

There were no Sydney or Melbourne suburbs were it was cheaper to repay a mortgage on a house than to pay rent under the variable rate example.

But the story differed wildly across other capital cities.

It was cheaper to pay a mortgage on a house than to rent under the fixed rate scenario in more than 50 per cent of suburbs in Brisbane, Adelaide, Perth and Hobart. For Darwin, it was cheaper in all of its suburbs.

Repaying a mortgage was often cheaper than renting a home in regional suburbs, the report said, and it was the case under both borrowing scenarios used.

The findings come as people flock to regional areas during the COVID-19 pandemic, Mr Symonds said.

“As Australians continue to work from home, many can be expected to move away from metropolitan areas as they decide they no longer need to live close to their workplace,” he said.

“This current environment is good news for renters looking to become owner occupiers.”

Housing affordability is at a decade high

Mortgage interest rates have been dropping to improve affordability during the COVID-19 pandemic. An earlier analysis by Moody’s Investor Service found it has contributed to housing affordability being at its lowest level in a decade.

This drop has happened while average rents have held for houses over the last year, although units have dropped by 2.2 per cent.

“While this is a really good indication of the suburbs where it could be cheaper to buy than rent, there are a lot of current market rates well below these averages, so the savings and range of suburbs is potentially even greater.”