Banks look to jump-start economy while dealing with COVID-19 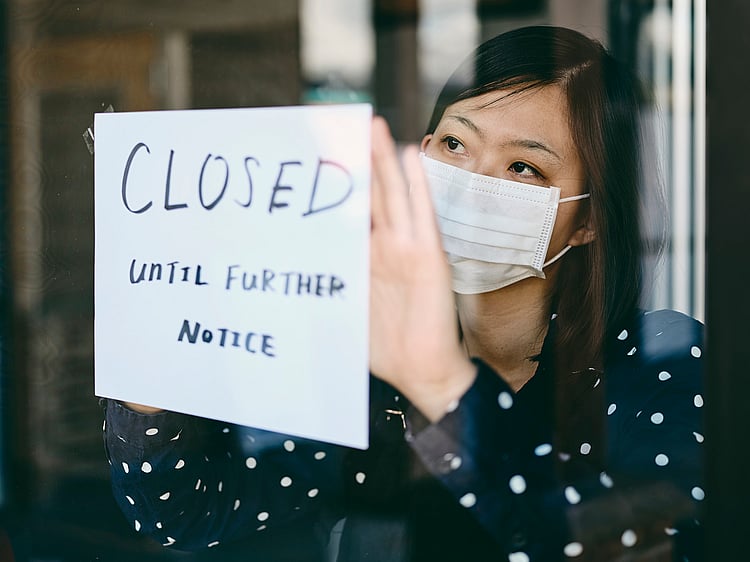 Chief executives of NAB and Westpac offered some insight into the economic casualties of the COVID-19 pandemic and a recovery path forward in their responses to a parliamentary committee today.

They warned the country would have to navigate falling house prices, high unemployment, a shrinking economy and a pandemic.

NAB’s chief executive opened with a five step plan recommended to orient the country towards an economic recovery, while cautioning it would have to be instituted with safety as the priority.

“For a sustainable recovery, it is important that we make a gradual shift from support to stimulus,” Ross McEwan, chief executive of NAB, said to the House of Representative committee members.

“… This will come from a nationally agreed approach to reopening the domestic economy and getting our borders open -- and keeping them open.

“Without this certainty we risk wasting the support provided so far and further crushing business confidence.”

The cost of COVID-19

The banks painted a grim state of affairs: house prices were forecast to drop by double digit percentages, high unemployment would linger and the climb out of a recession would take time.

But most people had been spared the brunt of the financial pain due to the “vital” government and banking emergency measures, NAB said, adding the worst of the recession could be felt next year if stimulus payments and mortgage holidays taper away too soon.

“... We certainly think (the brunt of the recession) will be coming through next year,” Mr McEwan said.

“We are seeing great support from the government, a lot of heavy lifting from banks with deferrals, landlords offering some help with rental (relief) …

“If there’s no stimulation (people will struggle financially in the recession) … The shock absorbers of all that effort has been helping.”

A property crunch of 10 per cent or more: banks

Homes are expected to go down in value by double digit percentages next year, both chief executives said, particularly those in capital cities.

“What we’ve modelled is from the start of the crisis, from April, (are drops) in the 10 per cent range,” Peter King said, chief executive of Westpac.

“We’ve probably got 3 per cent of that so far.”

Low interest rates -- influenced by a historically low cash rate -- will help people service the loans, Mr King said, thousands of which are expected to resume mortgage repayments in September and October.

NAB’s modelling forecast a range where 10 per cent was the baseline.

“The latest economic work we’ve done shows 10 to 15 per cent reduction (in property prices) mainly in the largest cities … where prices have come off a wee bit over the last three months,” Mr McEwan said.

“In some other country areas, we don’t see much of a change.”

Some regional areas may be experiencing an increase, he said, because remote work made living regionally possible.

Some people may have to downsize: banks

The best financial option for some people who cannot afford their mortgage could be to sell their properties, the two chief executives warned.

This would be in the event the options of extending deferrals or restructuring loans would not help -- but actually heighten financial difficulty.

“I think certainly, as we go through the next period, there will be some people who may not have enough income to service their loans,” Westpac’s Mr King said.

“... People who have had a substantial drop in their income, we need to talk to them sooner than later”

Mr King said the number of defaults is uncertain, due to factors including government subsidies and possible future lockdowns.

The decisions would be difficult but made with compassion, NAB’s chief executive said.

“We will sometimes need to make the hard but right decisions,” Mr McEwan said.

“Lending more money to customers who have little chance of repaying it will cause more harm in the long term.

“... Even though looking after customers will at times mean saying no, we will be compassionate when dealing with something as painful as selling a home or closing a business.”

Unemployment will be higher and uneven: banks

The unemployment rate will be difficult to forecast, the banks warn, but they were in agreement it will be high.

NAB’s chief executive said it couldreach 10 per cent in the first quarter of next year before falling to around 8 per cent. Then in 2022, it is forecast to fall to 6.8 per cent.

“It’ll be a far cry from the 5 per cent we’ve become used to,” Mr McEwan said.

The forecast comes shortly after the Australian Bureau of Statistics revealed 932,000 jobs were lost since the beginning of the year following the coronavirus pandemic.

Westpac’s chief executive referenced the statistics in his response, before acknowledging it’s at the whim of many factors.

“Our official forecast is around 8 per cent,” Mr King said.

“That’s pretty hard to pin down, there’s a wide range of outcomes depending on economic activity, government support and how both of those change over time.”

Both banks were clear: their modelling of an economic recovery depends on state borders being open.

Following the 7 per cent contraction the economy experienced in the second quarter, Westpac is forecasting a recovery of 1.8 per cent for the third quarter.

“We think from here (the gross domestic product) should improve,” Mr King said. “We think it was a pretty tough quarter.”

“The fall during the year is now approaching 7.8 per cent,” Mr McEwan said, “but a stronger rebound up 4.5 per cent (is forecast for) next year.”