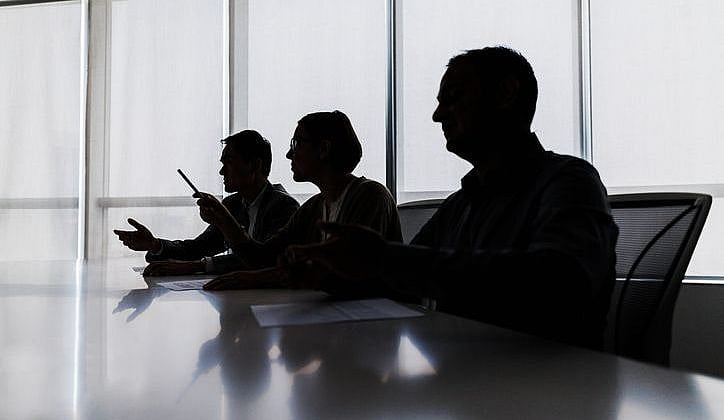 Australia’s leading banks have been hit with a double-whammy, with the Senate passing the Major Bank Levy, and Moody’s downgrading their credit ratings.

The controversial levy was passed in the House of Representatives yesterday, despite impassioned protests from the affected banks. The levy then passed through the Senate on Monday evening to become legislation.

While Australia’s Big Four banks (plus Macquarie Bank) start calculating how to handle the new levy as of 1 July 2017, they and several other Australian banks (minus Macquarie Bank) have been hit with a new problem – a credit downgrade from Moody’s.

The investors service reportedly made its decision based on the high level of risk that comes with the high levels of debt currently being shouldered by Australian households.

Which banks were downgraded?

Banks on the receiving end of the credit downgrade include:

On top of this, Moody’s downgraded Australia’s Macro Profile from “Very Strong-“ to “Strong+”.

This follows Standard and Poor’s reducing the credit ratings of 23 Australian lenders in May 2017, citing similar concerns around the risk of a housing market crash. Unlike the recent Moody’s downgrade, the Standard & Poor’s downgrade did not include the Big Four.

Why were these banks downgraded?

According to Moody’s, these credit downgrades are due to high and increasing levels of risk in the Australian economy, with factors contributing factors including:

While APRA regulations are doing their part to manage Australia’s level of risk in the banking sector, Moody’s considers the nation to be sailing uncharted waters on a sea of risk, with unknown consequences should the worst happen:

“While Moody’s does not anticipate a sharp housing downturn as a core scenario, the tail risk represented by increased household sector indebtedness becomes a material consideration in the context of the very high ratings assigned to Australian banks.”

“The resilience of household balance sheets and, consequently, bank portfolios to a serious economic downturn has not been tested at these levels of private sector indebtedness.”

What does this mean for Australia?

It’s possible that the banks being hit with a credit rating downgrade may find it more difficult to source wholesale funding for their financial activities, which could be a contributing factor to future interest rate rises.

This news comes is on top of concerns that the cost of the Major Bank Levy could also make an impact on Australia’s interest rates, bank fees, share dividends, or all of the above.

How long can you fix a home loan rate for?

Most lenders should let you fix your interest rate for anywhere between one and five years. While rare, a few lenders may offer fixed rate terms for as long as 10 years.

Fixing your home loan interest rate for a longer term can keep your budgeting fairly straightforward, as you shouldn't have to factor in changes to your mortgage repayments if variable rates change, such as when the Reserve Bank of Australia (RBA) changes its rates at its monthly meeting. Additionally, if variable rates rise during your fixed rate term, you can continue to pay the lower fixed rate until the fixed term ends, potentially saving you some money.

Of course, a longer fixed term also means a longer length of time where you may have less flexibility in your home loan repayments. It’s also a longer period where you won’t be able to refinance your mortgage without paying break fees. If variable rates were to fall during this period, you may also be stuck paying a higher fixed rate for a longer period.

Can you borrow the deposit for a home loan?

Most lenders will want the majority of your home loan deposit to be made up of ‘genuine savings’ which is income earned from your job. While a small number of lenders may let you use a personal loan or a credit card to help cover the cost of your deposit, this may potentially cost you more in interest, and put your finances at higher risk.

If you haven’t saved a full deposit, it may be possible to effectively borrow the deposit for a mortgage with the help of a guarantor. This is usually a parent of other family member who guarantees your mortgage with the equity in their own property.

It may also be possible to borrow the money for a home loan deposit from a family member (e.g. the Bank of Mum & Dad) or a friend, provided you draw up a formal legal agreement to pay this money back, showing your mortgage lender that you’re taking responsibility.

How fast can you get a home equity loan?

Completing an application for a home equity loan may only take 20 to 30 minutes. It may take a lender anywhere from a day to a few weeks to process and approve your application. This may be affected by your financial situation, your level of equity, and whether or not your lender needs to organise an in-persona valuation of the property.

Before you can apply for a home equity loan, you’ll need to build up some equity in your property. The more money you can put towards extra repayments to reduce your home loan principal, the faster you can increase your equity. Also, if property values in your area increase, this may help deliver an instant equity increase once your property has been valued.

Can I get pre-approval for a home loan from BCU?

BCU offers home loan applicants a pre-approval that is valid for up to three months. To get the pre-approval, you’ll first need to provide information about your homebuying budget and whether you intend to occupy the home, through an online application form.

A specialist will then discuss your application with you and confirm that you’ve submitted all necessary documents.

If you meet BCU’s criteria, you could get the conditional approval within 2-3 days of this discussion.

Remember to get written confirmation of the pre-approval. You can then go back to the bank once you’ve selected the home you want to buy to get the final approval.

If you’re applying for a home loan with UBank, you can first get an approval in principle. You’ll need to provide information about your job and earnings, your household expenses, the assets you own and the debts you owe.

UBank will assign a home loan specialist to discuss these details over a phone call, which can take about 30 minutes.

The bank will then confirm if you’ve received in-principle approval for your home loan. Depending on how you submit your documents, this could take a few days or a few weeks. If successful, the approval will be valid for 60 days.

How do you calculate how much you could save with a lower rate?

To work out how much you could save, we run the home loan details you’ve provided through our database, and search for similar home loan options that we think would be suitable for you.

We then calculate the costs of these loan options over 15 years (to keep our calculations consistent) and compare them to the cost calculations for your current home loan.