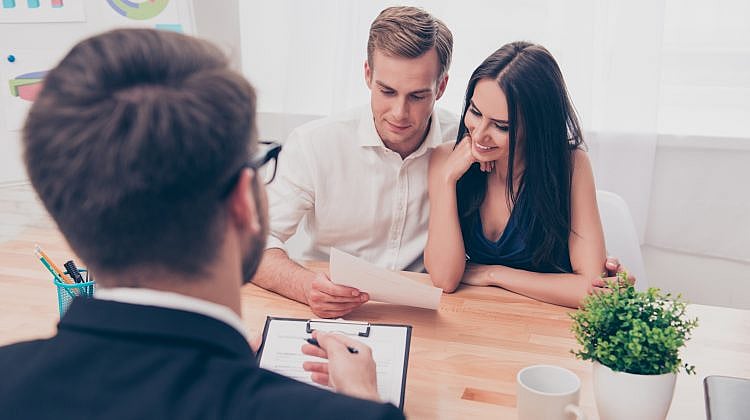 A rising number of home loan applications have been submitted to non-major banks indicating Aussie appetite for mortgage lenders outside of the big four may be rising, according to findings from the latest Broker Pulse survey.

The survey revealed that 90% of brokers sent a loan to at least one non-major bank in October 2021. This is a sharp increase from 79% recorded in the month prior – the highest proportion recorded since May 2021.

The major banks include Commonwealth Bank, Westpac, NAB and ANZ.

According to the survey, which received 252 responses from members between 1-12 November 2021, Macquarie Bank continues to be the most popular lender outside of the big four banks. This was followed by ING, as well as major bank subsidiaries, St. George (Westpac) and Bankwest (CommBank)

Michael Johnson, Momentum Intelligence’s head of strategy, said of the findings: “We see shifts between lender segments quite regularly but what’s interesting about this is that major banks are generally performing quite well at the moment.”

“In the past, we’ve seen these lenders at extremely long turnaround times and poor broker experiences – but now they are performing significantly better but seem to still have lost some traction compared to the non-major banks,” said Mr Johnson.

“Clearly it’s a competitive market at the moment and on the whole, non-majors are continuing to service a wide-range of borrowers and brokers.”

It’s unsurprising that the big four banks, which have always boasted the lion’s-share of home loan customers, may be seeing an increase in competition.

With home loan rates at record lows, customers have more purchasing power and are in a better position to shop around for their best home loan option. Plus, it is easier for customers to service their loans, which resulted in a growing number of new home loans being approved year-on-year, according to ABS Lending Indicators.

And thanks to technology, more Aussie homebuyers have the power to research potentially more competitive home loan options at the touch of a button than ever before. Online comparison tools, such as tables and calculators, offer customers the ability to be their own broker and create a shortlist of home loans that may suit them.

The appeal of non-major banks

So, what are some of the advantages of choosing a non-major bank for your home loan? Arguably the biggest benefit is that they may be in the position to offer lower interest rates and charge fewer fees.

To compete with the major banks, competitor lenders may differentiate themselves in the market by offering lower prices. Small banks, particularly online based and/or neobanks, have fewer overheads as they may not provide as many branches, branch staff etc. This allows them to pass these savings on to their customers.

According to the RateCity database, the average big four bank owner-occupier variable home loan rate (paying principal and interest) is 35 basis points higher than the combined average of every other lender in the market. The average major bank home loan rate for this mortgage type is 3.44%, whereas the average interest rate for this mortgage type across the market and excluding major banks is 3.09%.

While the interest rate you may be offered will depend on your financial situation and credit history, it’s always worth checking to see if other lenders in the market may offer you a more competitive deal.

Another advantage of opting for a non-major bank is that they may offer more innovation, particularly in the space of fintech. Non-major banks typically have less red tape to work through and fewer executives needing to approve new products or tools, so they may push out new technology to their customers at a faster rate than the big banks.

For example, big four bank Westpac was the last of the majors to offer its customers the ability to pay with Apple Pay. It approved this technology in 2020, five years after its launch in Australia, with American Express the first institute to allow it. While major bank ANZ took up Apple Pay in 2016, this example is still reflective of the time delay big bank customers may experience for new technology and innovation.

Despite the growing use of non-major banks for mortgage applications, the latest Broker Pulse survey still reported that Australia’s biggest bank, Commonwealth Bank, remains the most frequently used lender (44% of applications)

There are benefits to considering a major bank for your mortgage, including the sheer convenience of their access points both online and physically, through branches and ATMs.

Further, there is a sense of security offered by the major banks. As ADIs, they are supported under the Financial Claims Scheme (FCS). Meaning that if the bank were to go under, the FCS protects your deposit with said bank up to $250,000. Many other non-majors carry this same protection, but with the bigger banks there is a greater sense that they will not go under any time soon.

Ultimately, the final decision comes down to the borrowers’ goals for the property, as well as their financial situation. But with a range of home loan providers in the market offering competitive home loans, it’s a timely reminder that would-be borrowers must compare their options before signing on the dotted line.