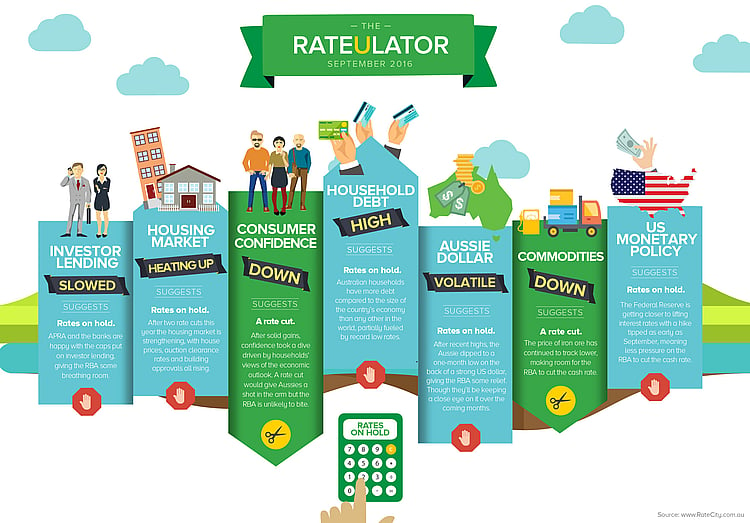 Tomorrow’s Reserve Bank announcement is likely to see the cash rate put on hold as the board waits to see the effects of the August cut fully take shape.

This year has already seen the cash rate cut twice and it now sits at the historic low figure of 1.5 per cent. While this may seem like good news for borrowers, access to such low interest rates on mortgages has contributed to Australian households having more debt, compared to the size of the country’s economy, than any other in the world.

The higher our debt levels, and the closer we get to a zero cash rate, the less effective each cut becomes which will also be a key influence in steadying the board’s hand at tomorrow’s meeting.

This ineffectiveness is largely because cash rate cuts are intended to boost spending and stimulate the economy, however, the banks withheld almost half of the last cut, reducing the total impact.

Consumer confidence is also down at the moment, despite recent cuts, as consumers have a negative outlook of the current economic situation. These economic indicators point towards the cash rate remaining on hold for the rest of the year.

The board will make their announcement at 2.00pm tomorrow.