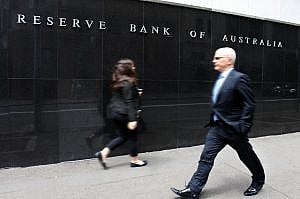 The RBA has hiked official rates again today by 0.50 percentage points, taking the cash rate to 0.85 per cent.

If the banks pass this hike on in full, the average borrower with a $500,000 debt and 25 years remaining will see their repayments rise by $133 a month. This means their repayments will now rise by $197 in total (May and June hikes combined).

Someone with $1 million owing will see their mortgage repayments rise by $265 a month. In total, their repayments will rise by $394 since April.

Source: RateCity.com.au. Based on an owner-occupier paying principal and interest with 25 years remaining. Starting rate is the RBA average existing owner-occupier variable rate of 2.86% and assumes banks pass the cash rate hikes on in full.

In today’s statement, Governor Lowe said the Board is prepared to do what is necessary to ensure inflation in Australia returns to target over time.

RateCity.com.au research director, Sally Tindall, said: “The RBA is doubling down with a 0.50 percentage point cash rate hike this month.”

“While the rise in monthly repayments this month is relatively moderate, homeowners need to ready themselves for sizable hikes in the months to come,” she said.

“These rate hikes aren’t going to magically cure Australia’s inflation woes. The RBA will need to hike again, potentially as early as next month and from there they could continue to come thick and fast to get inflation under control.

“Governor Lowe has indicated the neutral cash rate could be around 2.5 per cent. If we get there by Christmas next year, the average borrower with a $500,000 debt could see their repayments rise by $652.

“That’s like blowing two car tyres every single month and having to replace them.

“While many families will be able to scrape together enough to make these higher repayments over the next two years. For some it’s not going to be pretty, particularly against the backdrop of soaring prices for everyday essentials such as food, petrol and energy.

“Sit down and work out what your mortgage will look like by Christmas next year. If you don’t think you’ll be able to make these higher repayments, take action now. If you wait until December next year to do something about it, you might find it’s too little too late.

“Just because rates are on the rise, doesn’t mean it’s a bad time to refinance. If you live in the home you own with a steady job and a good track record of paying down your debt, you should still be in the drivers’ seat when it comes to rates, if you’re prepared to refinance or at least haggle with your current lender,” she said.